Last year, actor Shahzad Sheikh played the role of a manipulative villain pretending to be mentally impaired in the drama Phaans. The drama helped the actor prove his mettle, setting him apart when earlier projects had simply showcased him as a good-at-heart, sometimes complex – and generally forgettable – hero. Suddenly, finally, Shahzad wasn’t just being perceived as veteran Javed Sheikh’s son but as an actor in his own right.

I imagine that Shahzad must have had enjoyed the well-deserved recognition that he was finally getting. Possibly, he must have mused over what role to take on next.

One of the scripts that he proceeded to sign on to is currently on air and is hauling in high viewership ratings. Helmed by producers Abdullah Kadwani and Asad Qureshi, 7th Sky Entertainment’s Mere Humnasheen on Har Pal Geo TV, narrates the story of a Pakhtoon girl Khajista, enacted by Hiba Bukhari, who goes against her family’s strictly conservative customs to pursue her dream of becoming a doctor. Ahsan Khan plays her tempestuous cousin and fiancé, ranting and raving in a thick Pakhtoon accent. Shahzad enacts Dr Haadi, the urbane young doctor who is Khajista’s senior in medical university and gets smitten by her. He is sensitive, emotional, respectful and conscientious. At a cursory glance, he’s also much less colorful than Khajista’s other romantic interest, her fiancé Darakhzai. 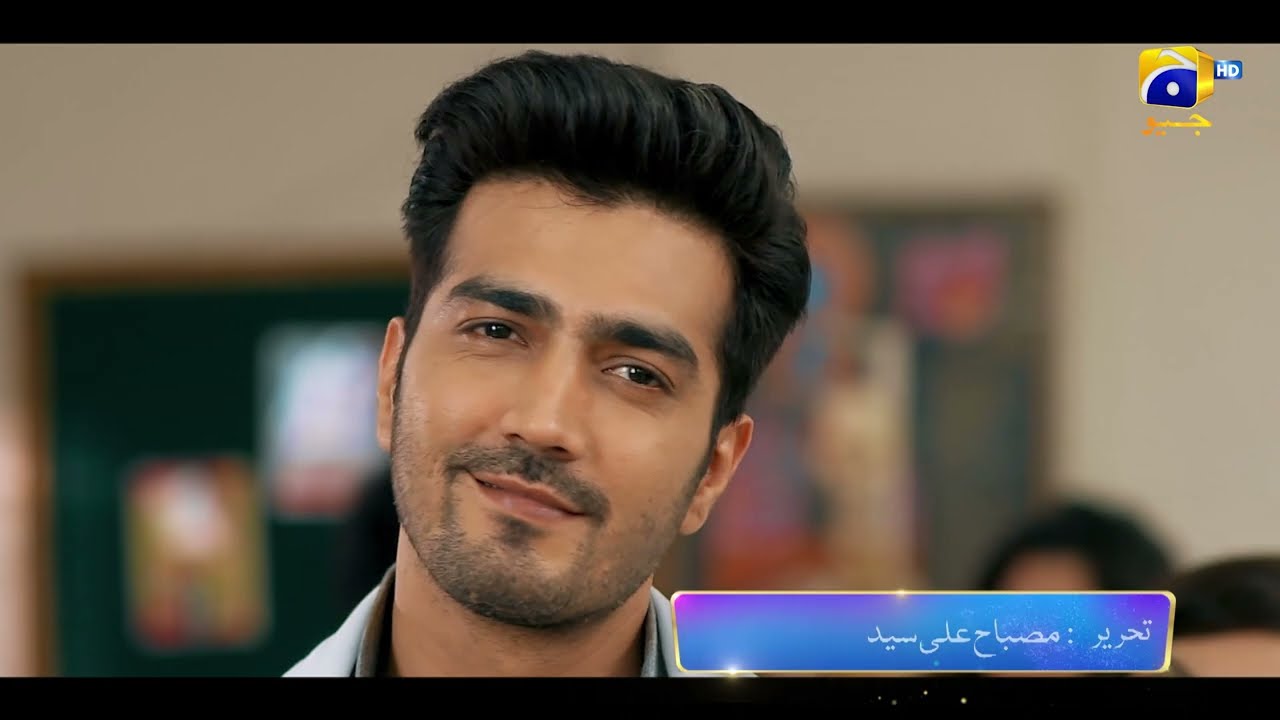 What inclined Shahzad towards enacting this do-gooder hero after a character as nuanced as Sahil in Phaans?

“To be honest, I initially had my doubts and I discussed them with Mere Humnasheen’s director Ali Faizan,” reveals Shahzad. “I felt that Haadi had no soul. Yes, he was good and he cared for Khajista but what was his own thought-process, what was his own story? Ali understood my apprehensions and he agreed that I should enact Haadi the way that I wanted.”

He continues, “I liked Mere Humnasheen’s overall story and I knew that I shouldn’t let it go. I decided to take on Haadi’s character as a challenge. I added nuances to him. Darakhzai was loud and volatile so in contrast, I made Haadi more restrained. He’s a good listener and believes in his values and his education. A lot of credit goes to the director who gave me the creative space to add expressions to Haadi, to portray his feelings a certain way and to capture it so well on camera.” Shahzad’s efforts are evident. Mere Humnasheen is replete with some very colorful characters and yet, the mind is drawn towards Haadi’s struggles. He’s the hero that you want to see more of – and you do hope that he doesn’t become a victim of the violent tribal rivalries that may end up running rampant in the story.

Shahzad confesses, “As actors working in Pakistani dramas, we have to put in a lot of thought into our characters. Once, I was working on another drama and there was one scene which was very badly written. I took it to the director Shahzad Kashmiri and asked him how we could even consider shooting the scene. He read it over and agreed with me that it would probably be the worst scene that he had ever directed and I had ever acted in. ‘But we will do this scene,’ he said to me, ‘and we’ll take it on as a challenge for me as a director and you as an actor!’ It’s something that I have always remembered.”

“When I returned to Pakistan after studying at the New York Film Academy, I had certain notions that got completely upended. I have always believed that a performance should be subtle rather than over-the-top but the Pakistani drama audience tends to enjoy loud, exaggerated characters. I have tried to strike a balance and to also make every character more interesting by figuring out a backstory, body language and personality traits.”

Does he feel that his role in Phaans has prompted him to experiment more with his roles? “I enjoyed it so much that it made me realize that I wanted to push myself further as an actor,” he agrees.

Dr Haadi, far from the madding crowd of Mere Humnasheen’s fiery Pakhtoons, is an example of Shahzad’s growing acting prowess. The good doctor with his heart on the sleeve could have ended up being uni-dimensional and forgettable but Shahzad has transformed him into an upstanding, all-out romantic hero.

Does Khajista end up with him? Of course, Shahzad doesn’t tell. But the Khajista-Darakhzai-Dr Haadi love triangle has audiences hooked.