When Mahira Khan announces making a debut into production, it’s bound to get people excited. The actress announced her very first production venture earlier this month, SoulFry Films, in collaboration with Nina Kashif, who has a repertoire of having worked in some of Pakistan’s most stellar drama productions. Her last major production was the award-winning biopic on Qandeel Baloch, Baaghi, aired on Urdu1.

Together, the two women – and longtime friends – have helmed their very first web-series, titled Baarwan Khiladi, written by Shahid Dogar and directed by Adnan Sarwar, of ‘Shah’ and ‘Motorcycle Girl’ fame.

The series will mark musician Danyal Zafar’s acting debut as the main lead. The cast also includes Kinza Hashmi as well as new talent like online content creators Shahveer Jafry and Khaqan Shahnawaz and actor Zarrar Khan. The series has been created for the online streaming platform Tapmad TV.

But what else does one know about Baarwan Khiladi? Nina Kashif, in an exclusive conversation with me reveals that they hope to release the series right after the PSL series comes to an end. “The series is eight episodes long and the duration of each episode will be different,” she continues. “We wanted to invest in fresh young talent and I was amazed to see the skills that some of these boys have. Shahveer Jafry is going to be a major surprise package with his performance. I also selected Meer Yousuf, a young boy from Karachi. He is currently being seen in a TV ad where he is stammering while applying for a job. He has also acted really well.”

Also part of the cast will be young boys who are actually professional cricket players in junior teams. Talking about their web-series’ director Adnan Sarwar, Nina says that they count themselves ‘lucky’ to be working with him. “He’s extremely creative and very sensitive to the way he wants to curate a story. Also, he’s the only director in recent times to have worked on a sports movie so that expertise also helps a lot.”

The story is obviously cricket-centric and its release date, right after the PSL when cricket fever is running high, does sound like a good idea. Also, a series about cricket for a nation obsessed with the sport is likely to draw audiences. The catch-22 here is that the Pakistani audience knows cricket extremely well and can get vicious if they feel that their favorite sport is not being portrayed in the right spirit. The pressure will be on to deliver a story that is gripping and also does justice to the country’s cricket obsession.

The pressure is also on because there are very high expectations attached to Mahira Khan’s name, one of Pakistan’s biggest stars, with a deluge of awards to her credit and a huge fan following. Similarly, Nina’s impressive lineup of past projects imply that audiences will be expecting similarly well-honed content from her.

While the series has been created specifically for the fledgling Tapmad TV platform, there is a chance that it may also get aired on a major TV channel. This, actually, would be great. Online viewership is growing in Pakistan but it is still a very small niche and a story about cricket should ideally be seen by the cricket-obsessed masses spread out all over the country. “The pressure is on,” agrees Nina. “This started off as such a small project and then it just kept growing.” 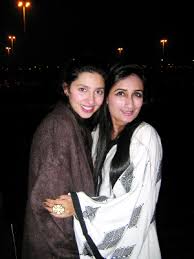 It’s possibly a new way of storytelling – and a new beginning for Mahira Khan and Nina Kashif’s SoulFry films. Borrowing from the cricket theme here, may this be the start of a long, successful innings for the two of them! May it not be a ‘googly’.