The comments’ sections on social media can be very troubling. Uncensored and a reflection of mass opinion, they are indicative of some very disturbing notions that are proudly upheld in Pakistan. Colorism frequently rears its head. Body shaming is unabashedly prevalent. In a country burdened by poverty and a flailing economy, the frequent elitist, tone-deaf social media commentaries can be very saddening.

One such bout of comments prompted designer Zara Shahjahan to launch into a rant of her own. The designer recently took to social media and described the criticism that was levelled against images from her Coco by Zara Shahjahan Luxury Lawn 2021 campaign which showed two Mexican models with their heads covered.

“To make fun of a model by saying that she looks like a maid is just such a classist thing to do,” says Zara. “Somehow, people have a problem with everything. If too much skin is revealed, it hurts their sensibilities. If a model is shown covering her head, she looks like a maid. What do they want?”

She continues, “My brand has always stood for simplicity and I think the reason why people did not like the pictures was because I hadn’t glammed up the girls. Generally, even when lawn brands work with dark-skinned models, they tend to glam them up because sadly that’s what the masses like.”

Why does this happen particularly in the case of lawn? Zara states the obvious: “Lawn is very commercial. It is important to bring out appealing images that will draw the customer towards making a purchase. Every brand, including my own, will try to create a beautiful lawn catalog. But this does not mean fixating towards a particular skin tone.”

A quick run-through of recent lawn campaigns is indicative of the continued predilection for fair skin in Pakistan. There is a motley crew of labels which is trying to step away from the obsessions for ‘fair’ complexions – Sana Safinaz particularly comes to mind, as does Elan, Image Fabrics and Limelight. Most brands, though, simply zero in on the fairest girls in the business. 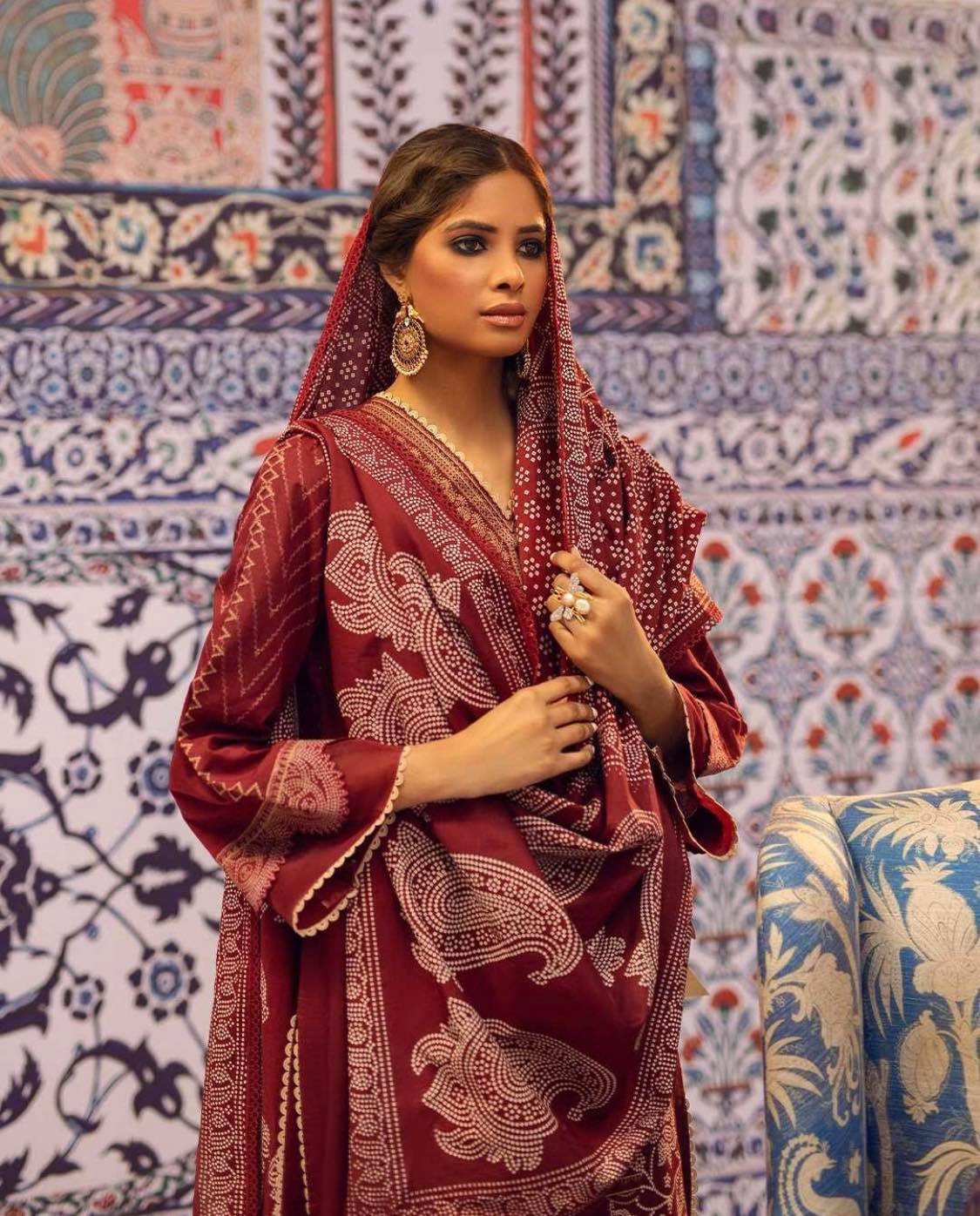 Mohsin Ali of Sana Safinaz observes, “Sana Safinaz has never been obsessed with fair complexions. If you look at the brand’s history, a very diverse range of models have been the faces of major campaigns, ranging from Neha to Amna Babar to Rabia Butt to a lot of the shoots today that feature groups of girls. The priority is that the girl should know how to model the clothes well. And yes, it’s a sad reality that the masses tend to gravitate more towards fair girls but in Sana Safinaz campaigns at present, there is an entire range of skin tones that can be observed. The one thing, though, that remains prevalent is how the girls always look glamorous. Fashion is aspirational and the brand has always believed in creating aesthetically pleasing images that attract the consumer.”

Stylist Tabesh Khoja further elaborates, “For a lot of lawn brands, a model is equated with a fair-skinned girl. They don’t want it any other way. Also, often when a dusky girl is included, she will be accompanied by a few other, more fair girls. Many lawn brands just think that fair models will make their clothes look better and generate better profits.”

Tabesh recalls the late model Zara Abid, who had a beautiful olive skin tone, “Zara would lose out on a lot of work because of her skin tone. Till the very end of her career, her work was most frequently with fashion brands rather than mainstream lawn labels.” 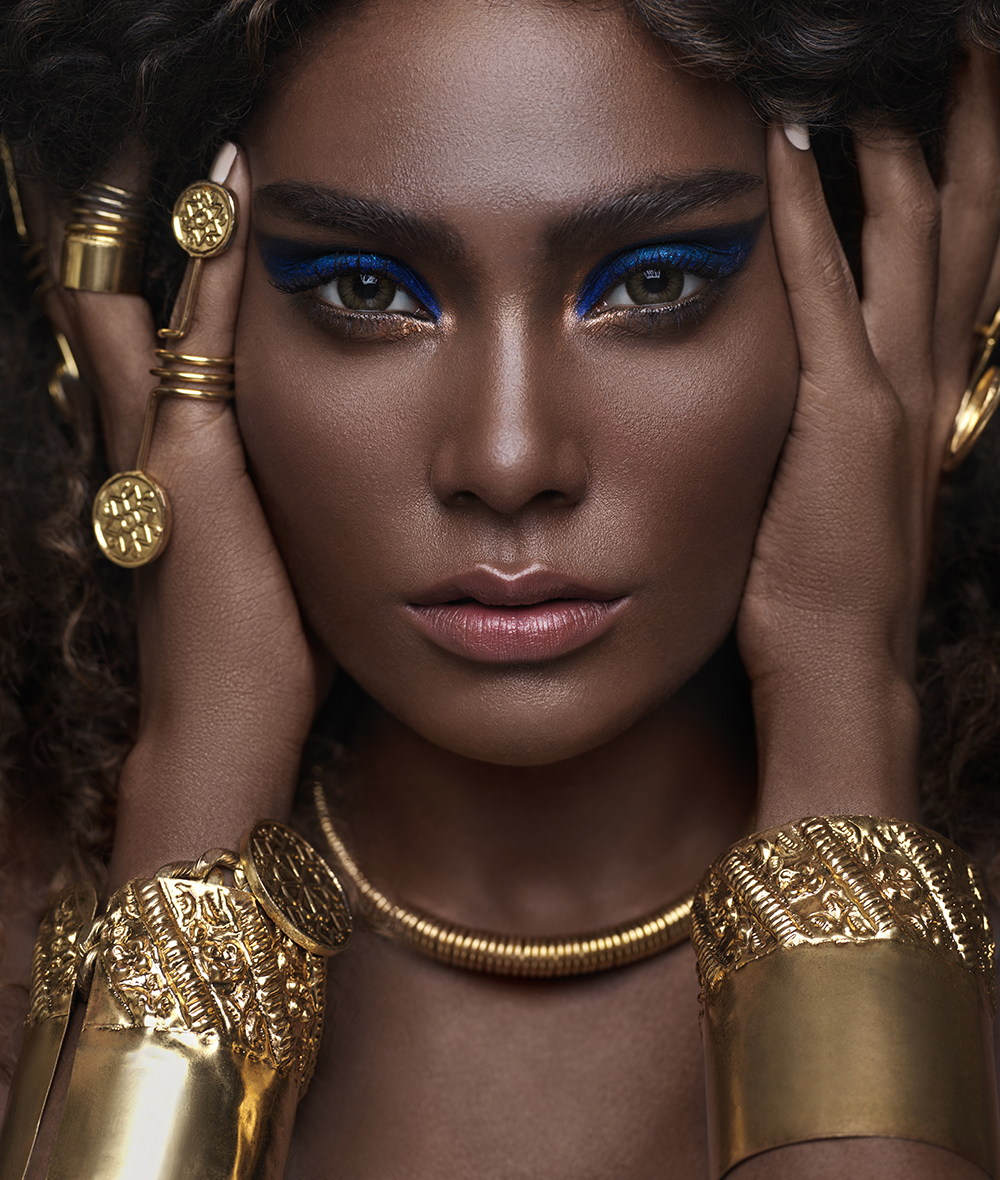 “Things are changing and some brands have become far more discerning. Some of today’s most successful models – Mushk Kaleem, Sarah Zulfiqar, Maha Tahirani – have dusky skins and they are doing so well. But it will take time for colorism to leave Pakistani fashion and retail.”

Of course, this tendency to color shame is hardly limited to fashion. It is rooted deep within the desi mindset and is to a large extent the result of the colonial insecurities that are part of the Pakistani genealogy. Beyond the unabashed color shaming, just the audacity to use the word ‘maid’ as an insult is appalling.

It is not a matter of pride to be living in a country that allows some to lead comfortable lives while many others have to resort to menial labor by becoming maids. Those of us who can afford to have domestic help making their lives more comfortable need to be more appreciative rather than disparage them. It is sad that people feel that there is nothing wrong in using a profession as an insult, especially one in which women and men are working hard to barely make ends meet. Can’t the labors of domestic servants be appreciated rather than be accepted as a privilege that the affluent are only bound to have?

In a tone-deaf society where the economic disparity between the haves and the have-nots is a stark reality, nothing better can be expected. There are many more signs pinpointing damaging societal norms. The colossal sales hauled in by fairness creams is one. The stories that run in the news, recounting instances of domestic abuse and the mistreatment of domestic help, are another.

Social media trolls are but one indication of how damaged the Pakistani mindset can be.