“Tehseen Javed, your politics won’t work with us. If you enjoy politics then go join the political field otherwise go back to America. Don’t try to ruin our showbiz cricket team,” says actor Aijazz Aslam in a video on his Instagram which has since gone viral. The normally affable actor has hardly ever been associated with controversy or spats. In the video, he looked visibly incensed.

A slew of other stars commented beneath the video that they would ‘stand by’ Aijazz, using hashtags like #supportAijazzAslam and #boycottTehseenJaved. 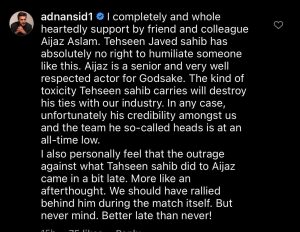 Actor Adnan Siddiqui put up a post on his Instastory extending his support to Aijazz. 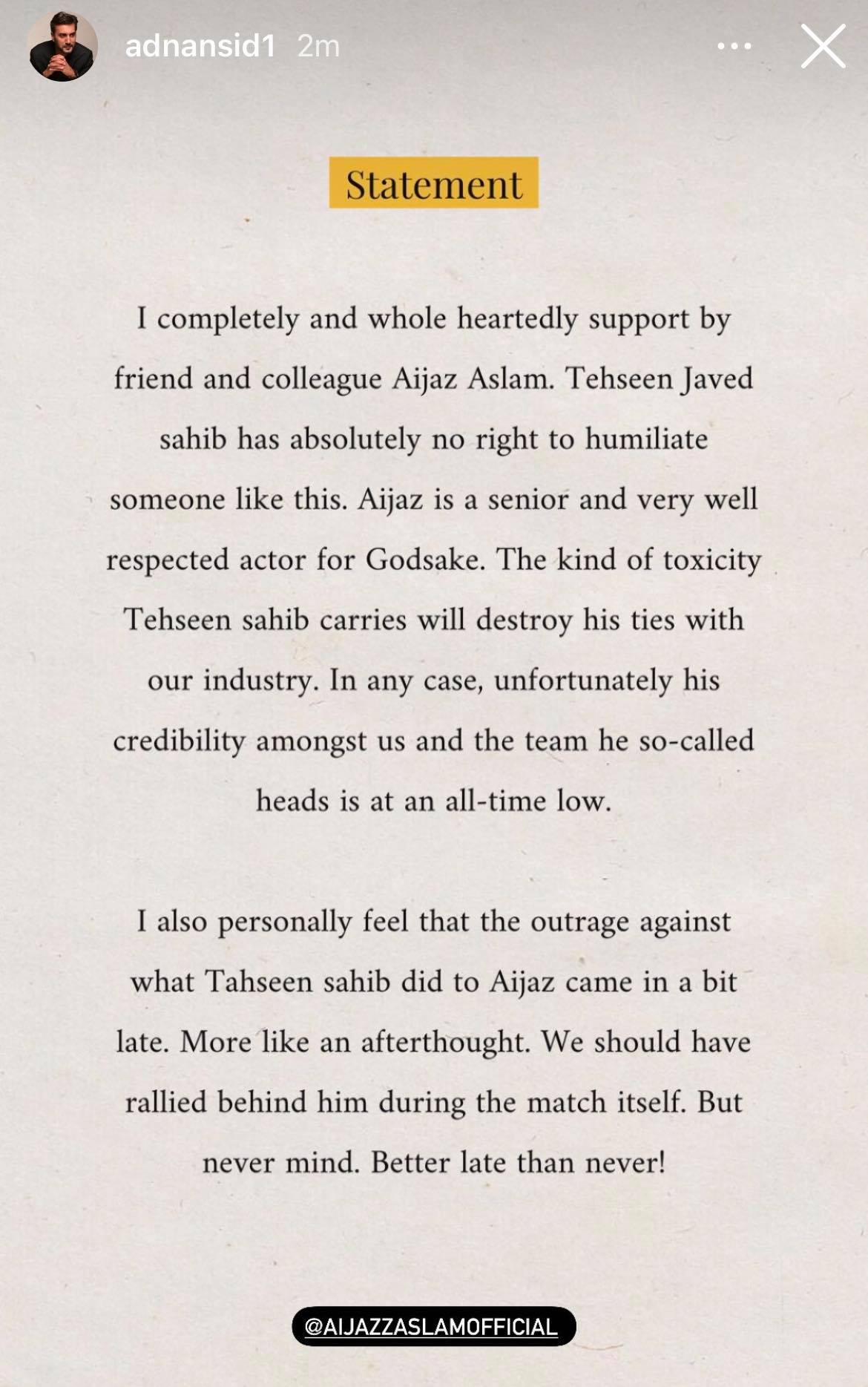 A day following Aijazz’s post, his good friend actor Faysal Quraishi has also put up a video showing his support saying that he has ‘tried to sort out the matter but what happened to Aijazz was wrong’. Faysal named a number of young actors who had also been enduring Tehseen’s unfair practices.

Evidently, trouble was askew in the celebrity cricket playing field. While most regular social media users are aware that TV actors play cricket together on the weekends, it has always been assumed that the games are merely for fun. As Aijazz states in his video, “Our profession is acting and entertaining and the showbiz cricket teams are just for fun.”

Many are not aware that there are politics simmering just beyond the boundary line. When there are stars on board, media coverage and the option of earning through sponsors often follows through. According to Aijazz Aslam, singer Tehseen Javed has tried to cash in on this option while blackmailing stars on the playing field.

“Tehseen used to be a legendary singer in his time,” Aijazz recounts. “Then, he went to America. Recently, he returned to Pakistan and ever since, he has been trying to create mischief in the cricket matches played by celebrities.”

“Some of us from the acting fraternity play cricket regularly at Karachi’s Moin Khan Academy. It has always been for entertainment. Tehseen Javed formed his own team called Tehseen Javed 11 and started persisting after people to join it. Over time, he began to act out against people who displeased him or weren’t part of his team. He threatened them that he would get them banned from the Moin Khan Academy. A few days ago a few of us were randomly practicing cricket at the Academy and an employee came and asked us if we had asked Tehseen Bhai’s permission. We are members of the Academy and we don’t need permission but this is how he has monopolized everything.”

When I reached the stadium, Tehseen had hidden my kit. He made me wait, telling me that I hadn’t confirmed and now he couldn’t find my kit. I knew that this wasn’t true because I had been told that my kit was ready. I stayed there for some time and then I quietly got up and left. I could have told my friends in the team to also walk out but I didn’t want to ruin the event.

Aijazz continues, “Also, when there are stars involved, a lot of sponsors want to come on board. Even if the matches don’t get televised – most of them don’t – short videos and pictures are seen on social media and it generates mileage for the sponsors. Cashing in on this, Tehseen has been working with sponsors, all on his own. The names of companies appear on the bats and on the jerseys that the team wears and Tehseen pockets all the money for it. To my knowledge, the players don’t get any of the money but again, many of them are young, junior actors who are too afraid to challenge him.” 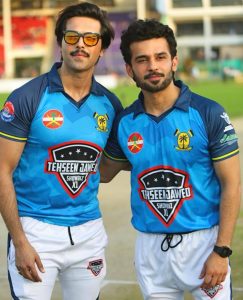 “One of the actors, Noman Habib, had some free time because of the coronavirus and he thought that he would try earning by forming a team of his own. He planned a match in the Moin Khan Academy but Tehseen got it cancelled. Then, Noman was banned from the Academy. Tehseen just takes revenge in all these petty ways. If he is displeased with a player, he will call him to the match and make him wait for his turn throughout, not letting him come on to the field.”

“I was aware of all this which is why I kept my distance from Tehseen even though a lot of my friends played on his team. Then, some days ago, there was an important match at the National Stadium. I play as an opening baller but I wasn’t planning to go. Then I got a call from the organizers asking me to come. I am an opening baller and they said that they had my kit ready. Out of respect, I opted to go.”

“But when I reached the stadium, Tehseen had hidden my kit. He made me wait, telling me that I hadn’t confirmed and now he couldn’t find my kit. I knew that this wasn’t true because I had been told that my kit was ready.”

“I stayed there for some time and then I quietly got up and left. I could have told my friends in the team to also walk out but I didn’t want to ruin the event.”

I didn’t make this video for myself – Tehseen really can’t harm me. But I made the video for the many other young actors that he has been manipulating.

“When I reached home I made this video. I didn’t make it for myself – Tehseen really can’t harm me. But I made the video for the many other young actors that he has been manipulating. I have been getting messages constantly ever since I uploaded the video, from actors thanking me for taking a stand and other people that Tehseen has swindled.”

“If you look at the comments under the video on my Instagram page and also on the video on Faysal Quraishi’s Instagram, no one is taking Tehseen’s side.”

Tehseen Javed is yet to release a comment on social media. Nevertheless, this incident reveals that the celebrity cricket matches seen frequently on social media hold enormous financial potential. A large number of actors play extremely regularly and are recognized as very good players – Aijazz is one of them. The matches may have started out as just for fun but they can easily become additional revenue streams for celebrities. 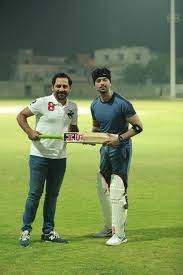 The current onslaught against Tehseen Javed may manage to discourage unfair manipulation on the playing field, Could it, possibly, pave the way for an official – hopefully, fairer – celebrity cricket league with regular matches and tournaments?

It isn’t a bad idea at all. Watch this space for an update.