Most military narratives tend to revolve around our valiant men in arms. The ISPR’s collaborative effort last year, Ehd e Wafa, was one such story. It could have been followed up by yet another testosterone-infused heroic tale about our soldiers. Instead, refreshingly, Sinf e Aahan was conceptualized.

Highlighting ‘women of steel’, the ISPR’s latest collaboration with some of the industry’s finest is a story about women in the forces. Helmed by Nadeem Baig, produced by Samina Humayun Saeed and Sana Shahnawaz, and written by Umera Ahmed, Sinf-e-Aahan was already being touted as a winner long before it aired.

The initial teasers were riveting, each introducing the drama’s leading ladies and giving the audience some insight into the premise. It was clear that the drama was not only going to be bringing women cadets into focus but would possibly also attempt to break stereotypes with its progressive narrative. It was particularly interesting how the story featured characters with diverse demographics, filling the gap for inclusive stories that could set the tone for future drama makers (here’s to hoping). The protagonists hailed from very varied backgrounds and even religions, with one of the cadets being a Christian girl.

A star cast, excellent playwright, ace director, and successful producer duo, Sinf-e-Aahaan had the necessary elements to get our hopes up. Did the first episode live up to its promise? Let’s get down to it!

The first episode premiered on Saturday giving the audience a peek into the extremely diverse lives of five female protagonists scattered across Pakistan. The opening monologue is brilliantly shot with beautiful stretches of landscapes blended with silhouettes and closeups of the girls immersed in their daily lives. The episode begins on the right note with Pariwesh (Ramsha Khan) destroying gender roles with her cheeky response to her mother for firing a rifle as a woman. We are then eased into the episode with short introductions of all the girls who may be living different lives but are all struggling to break out of the chains that discourage them from pursuing their passions because society deems it unfit.

It’s heartening to see that Arzoo (Syra Yousuf) and Pariwesh have supportive fathers who encourage their daughters to pursue their dreams regardless of being riddled with money problems. On the other hand, Mahjabeen (Kubra) and Sajal (Rabia) don’t have it easy with parents who want to dictate their lives for them. Kubra plays a privileged girl from Islamabad who is seeking validation and glory that she never gets from her parents. Mahjabeen’s lack of a loving and warm household is translated well by Kubra. Her parents’ non-stop rifts have made her numb and she feels an emptiness in her life. She is natural and utterly convincing. 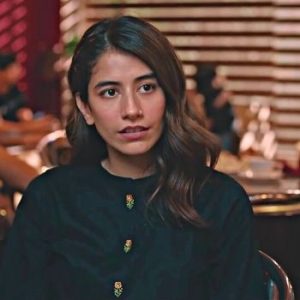 There were several scenes referencing General Nigar, her achievements and her being an inspiration for Mahjabeen. The general’s achievements inspire her to want an army adventure of her own, despite her mother and love interest (played by Ali Rehman Khan) being adamant that she will fail. Mahjabeen isn’t the only one with a toxic beau in her life, we also see Arzoo being toyed by her so-called love played by Asad Siddique.

Sajal’s Rabia faces her own battles, forsaking her dreams because her parents prioritize that she should get married first. The societal pressure to marry is the only obstacle standing in her way of pursuing a career despite her being competent.

Yumna wins us over as a fiery Pashtoon girl who refuses to be undermined by conservative relatives and has her heart set on entering the army. Her scenes will make you laugh and instantly fall in love with Shaista. Merub has also done a fine job as her younger sister and partner in crime. The Pashtoon accent is not convincing but it is good that they don’t overdo it. It is good to see Syra back on the screen after so long and she embodies Arzoo flawlessly allowing for the audience to instantly develop familiarity with her character. The first episode merely sets the stage for the girls that will lead to them entering PMA. Regardless, 30 plus minutes fly by as the episode is well-paced without any unnecessary drags. The drama has far too many characters and balancing the narrative at such a scale can be problematic. The showrunners have done a fine job dividing screen time, making sure it is not rushed or anyone is overshadowed.

Will they continue to do so as the drama progresses? With Nadeem Baig behind the camera, one can hope for the narrative to continue to be well-balanced. All in all, the first episode set the show to an impressive start. Also, the drama offers a break from the usual love triangles, broken hearts, and typical ghar ky maslay. That’s an exciting notion for sure!

What are your thoughts on Sinf-e-Aahan? Let us know in the comments below.