The content of Pakistani dramas has long caused contention. Even the most uber-famous plays have faced their share of cricitism, having directly or indirectly painted a negative picture of women, fed centuries-old stereotypes, supported problematic notions such as victim-blaming or cancelled serious concerns such as MeToo.

Yet, these dramas continued to be churned out like clockwork, usually receiving mass appreciation by a majority. This is a troubling indication of the regressive storylines that tend to bring in ratings.

However, setting aside TRP’s and in light of the recent pandemic of violence across the country, it is evident that the narratives of Pakistani dramas need to change. There needs to be greater focus on societal issues and female-centered stories which may explore problematic character arcs of female characters, gender roles, oppressive societal norms, and rampant violence. Most current drama makers brush off these topics as being too serious. Their defense is that even when they create socially tone-deaf content, it is there solely for the sake of entertainment and should be taken in that context. Unfortunately, the argument isn’t all too convincing. It is high time that media holds itself responsible for broadcasting content that is tone-deaf or sensationalist and the influence it can have on impressionable minds.

Here’s a look at some of the many many problematic themes that are relevant to what is happening currently in Pakistan. Many of them are particularly detrimental to the way women are perceived in Pakistani society… 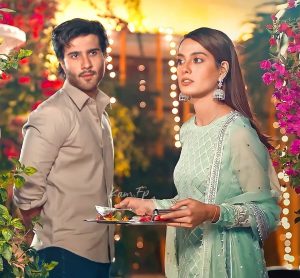 There are countless dramas where we see heroes stalking girls they like just to get her attention. Khuda aur Muhabbat 3 serves as a prime example. In a country where women do not feel safe, this kind of behavior should not be encouraged or romanticized as an act of love.

No Concept of Consent

Our heroes in pursuit of foolish desires consider ‘no’ as moot. If anything, a woman refusing them only motivates them to be more stubborn. They fail to recognize the concept of consent and further misconstrue stalking and harassment as love. They are portrayed as lovers who are willing to go to extreme lengths to win the one they love. Should they fail, they don’t refrain from being irrational in a bid to satisfy their egos.

These desi heroes are supposed to be paragons that people look up to. A case in point, once again, is Farhad from Khuda Aur Muhabbat whose obsessive love was supposed to win the the audience’s sympathy despite the fact that Mahi, the female lead, had clearly told him that she wasn’t interested. People love cancelling feminism and dramas are making things a whole lot more complicated. We live in a society where women are oppressed as is, but dramas are taking a different direction where we are seeing our leading ladies play the aurat card. The scene where Geeti in Lapatta impulsively threatens a shopkeeper that she would slam a false harassment charge on him could have been avoided. It would not have made much of a difference to the main storyline. It’s true that humorous sequences in dramas need to be taken lightly but the Me Too! movement is at a particularly vulnerable stage in Pakistan, with its fair share of skeptics.

How can people be expected to believe women when our mainstream media is blatantly labelling them as liars?

No Concept of Self-esteem

Women are expected to be a certain way, accept their position in the house, and let things be. They are told to put aside their self-esteem and just mindlessly do what their husbands instruct them to do. Even a popular drama like Suno Chanda had such toxic elements, simmering just beneath the romantic, comic plot.

In doing so, these narratives propagate the superiority of men in society and reinforce gender roles. 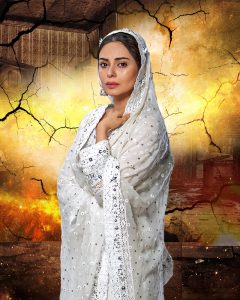 Our dramas can be very predictable. They define what characteristics make a good woman and all the things that need to be looked down upon. The modern, forward-thinking girl is usually bad. The shalwar kameez clad one, who doesn’t utter a word while she gets tortured by everyone around her, is the virtuous heroine.

With such narratives promoted rampantly, it is no surprise that victims of actual harassment are often subjected to brutal character assassinations by local media. Instead of being supported, they often find themselves subjected to an incessant blame game. Minal Khan and Danish Taimoor starrer Ishq Hai explores this theme where the eccentric hero kidnaps the heroine on the day of her wedding and forces her to marry him. A short while ago, we had Muqaddar do the same thing and we saw the forced marriage turn into an extremely disturbing love story. Were we supposed to celebrate a union based on compulsion and powerplay? 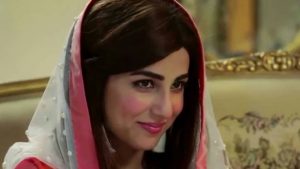 Dramas revel in conditioning women into believing that the regressive traditions that they have grown up with are in fact the key to living a happy life. We see dadis and ammas in dramas telling girls that being timid and submissive is the code to live by and God forbid if they rebel, they will end up regretting it the rest of their lives.

Promoting the Concept of Forgiveness 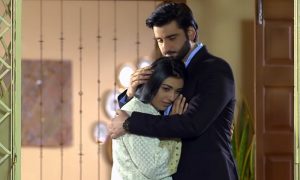 Now, don’t get us wrong! Yes, forgiveness is great but if it makes sense. Our dramas validate all evils of the male protagonists just because karma hit them hard and now they are repenting. The female protagonist is convinced to put the past behind and run back into their man’s arms just like Falak in Sher-e- Zaat. The tyrannical mother-in-law is forgiven in the last few episodes, once she falls ill, realizes the errors of her ways and apologizes.

Why not take a different approach for a change and show women that it is okay to take themselves out of a toxic lifestyle and live their lives freely? Sometimes not ending up together is the happy ending they deserve. There have been some exceptions such as Gul-e-Rana and Yeh Dil Mera but they are rare.

A drama is generally a 30 episodes affair. In many cases, 29 of these episodes are spent exaggerating and dragging women through the mud, and only the last 15 minutes are allocated to condoning all the wrongdoings of the men. Women who find it in their hearts to forgive and go back to the man are glorified/

The content is often justified as a means to generate business and TRPs but what about the social responsibility storytellers have to influence society? Can the troubling concepts that they put forward by excused as merely entertainment? Maybe our scriptwriters, directors, and production houses can take a page from PTV dramas that had the power to draw the entire family in front of their television sans sensational and problematic content.