It isn’t possible that actor Feroze Khan could have had been unaware of the Bobby memes that went viral on the Internet over the past few months. His character in 7th Sky Entertainment’s drama Aye Musht-e-Khaak – a volatile, screaming, bratty hero called Bobby – was a source of great hilarity in a slew of video clips that would float out on Facebook and Instagram. Bobby was arrogant to the core, he screamed at his mother, manhandled his ex-girlfriend and manipulated his wife Dua. He was ‘toxic’, it was often described.

At a time when actors often take to social media to tell their own sides to the story, Feroze Khan remained quiet – probably because he knew how the story was going to unfold later.

Some weeks ago, the drama’s director Aehsun Talish had said to me, “We always knew that there were toxic elements to Aye Musht-e-Khaak’s story and in Feroze’s character. I expected that there was probably going to be a backlash to some of Feroze’s scenes. However, all this is necessary for Feroze’s character to go through a certain transformation in the later episodes. This drama revolves around the journey of a disbeliever towards belief and these extreme arcs to Bobby are part of the narrative.”

The journey, as it now culminates towards an end, has become believable. From one extreme as the belligerent Bobby, the drama’s hero is now Mustajab, who repents his mistakes and his paying for his past. The last few episodes narrating Mustajab’s transformation have been emotionally grueling ones – the weak at heart are likely to have had shed a tear or two. They have also been episodes that have given testament to Feroze Khan’s acting prowess.

It has often been criticized that Feroze has gotten stuck in a rut, playing the arrogant, difficult young man. It’s true that the actor needs to diversify towards a greater variation of characters. Mustajab, though, has turned out to be more than just the ‘bad boy’. Faced with the fact that the woman he loves may die, his walls crumble down and he sobs uncontrollably. He sits in a mosque, praying, realizing the spiritual need to turn to God in times of despair. He becomes quieter, restrained, tragic but also filled with a new spiritual fervor.

And Feroze is impressive in portraying this emotional upheaval. It wasn’t as if this emotional arc wasn’t expected by the drama’s audience. The initial teasers show Feroze going to the mosque so one always knew that Bobby would eventually turn righteous. However, the nuanced, sensitive direction by Aehsun Talish and the acting of the ensemble cast makes the plot twist particularly gripping. The message given out is a strong one, exemplifying why this drama has been one of 7th Sky Entertainment’s biggest successes this year.

From being social media’s much-criticized toxic leading man, Mustajab now has his audience crying with him and rooting for him. 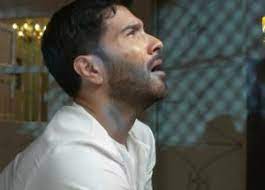 Does this mean, though, that Feroze Khan needs to continue playing more complicated, bad boy roles? He can do so but he does need to do other roles – the village bumpkin, the comic hero, the reliable good boy with some shades here and there, for instance. He can certainly act well and his fans love him in droves. It would be exciting to see him dabble in different directions.

The much-hyped Bobby aka Mustajab is a feather in Feroze Khan’s cap. Well done. But what will he do next?