It must be hard being Meera. The actress is one of the country’s most famous stars but she’s seen her share of ups and downs, from the Lollywood era of yore to many years later, a time when TV has superseded cinema in popularity and social media ridicule runs rampant. A new genre of celebrity now rules the fray and the femme fatale, a character played so well by Meera, doesn’t always surface in today’s scripts.

Two years ago, when her movie Baaji was about to release, Meera had told me in an interview that she had started to feel hopeless when Saqib Malik offered her the script. “Pyasay ko paani mill gaya,” she had said. “It was the kind of movie that I had been waiting for.”

Perhaps the actress had expected similar movies to come here way post Baaji and she may have but then, the coronavirus came along and the business of cinema came to a long halt. Despite the dearth of new acting projects, Meera has still remained in the limelight, primarily for the short snippets she occasionally lets loose on social media, from being stuck in the U.S.A. during early Covid-times and beseeching the Pakistani government to drag her out of ‘Amreeka ka qabrustan’ and then, only a day later, seen at a family barbecue in said graveyard; or more recently, for praising Pakistani Olympian weightlifter Talha Talib for his cricketing skills.

It’s always conjectured whether she makes these blunders accidentally or on purpose, just to stay in the spotlight. Regardless, it can’t be easy being ridiculed and having a series of silly videos as your claim to fame. I am sure that Meera, the actress, would much rather have her performances under scrutiny – if only she got the chance to perform.

Some months later in Ramzan, it was tentatively announced that she’d be hosting the Ramzan transmission for a local channel. Her peer and longtime rival Reema is, of course, a Ramzan mainstay, flying down from her home in the U.S.A. to host the long transmissions. Soon after, though, it turned out that Meera wouldn’t be hosting the show. 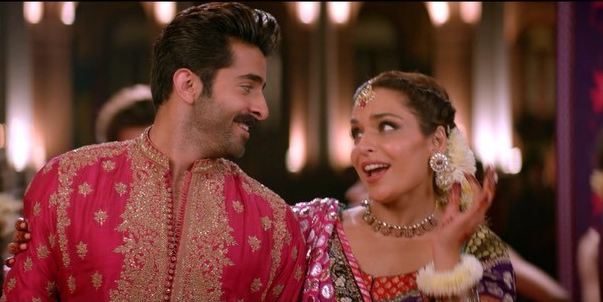 Now, she has had a similar experience with the HUM TV Network and director/producer Barkat Siddiqui. “I had been in talks with Barkat Siddiqui for a drama for HUM TV,” says the actress. “We had discussed the character at length and in my mind, I had sorted out dates and scheduling. For one month, we went back and forth with discussions and then, suddenly, Barkat Siddiqui told me that the channel didn’t want me on board. If they didn’t want to cast me, why did they waste so much of my time?”

“Do these channels want actors to go crazy? Do they want us to become suicidal?” she questioned.

Had she signed a contract for the drama, titled Lekin, which has now begun shooting? “No, but we had reached various agreements. Earlier, we had always reached agreements verbally. Contracts don’t need to get signed.”

However, it remains a fact that until a proper contract gets signed, a channel isn’t legally bound to follow up verbal discussions with an actual role. A channel insider, who prefers to remain anonymous, observes, “A lot of times last minute decisions take place and it is realized that an actor that was earlier under consideration no longer fits the role. As long as contract isn’t signed, the actor really doesn’t have a choice if he or she is left out of the project.”

For Meera, however, searching for the perfect role, it has been depressing. “I feel like I am going mad,” she says. “Moreover, my social media accounts have been taken over by PR people who are now refusing to give me the passwords. I feel so stuck. And these channel politics leave me feeling helpless.”