The 20th Lux Style Awards (LSA’s) rolled out a Covid-compliant red carpet this past weekend and brought out a slew of stars and glamour. It was an awards ceremony that was markedly different from the LSA’s of yore. Nominees from different categories were sequestered into their respective segments: Music, Fashion and Entertainment in order to ensure that the audience hall remained relatively less crowded. Some of the performances were recorded beforehand. Others were recorded in front of the audience but since the show was going to be televised, the dance sequences would sometimes be shot twice.

It was an insider’s look at an ‘LSA show’ – the banter that goes on when the camera isn’t rolling, the blunders, the celebrity camaraderie, the effort put into performances and of course, the exhaustion.

Keeping me – and many, many others – hooked till the very end were of course, the awards. The results were sometimes predictable but sometimes, surprises were in store. For instance, male model Sachal Afzal, who won Best Emerging Talent last year, went on to win Best Male Model this time, beating some very experienced contenders. Yumna Zaidi – undoubtedly one of Pakistan’s finest actresses – won Best Actress in both the Critics and Viewers’ Choice categories for her drama ‘Pyar ke Sadqay’. 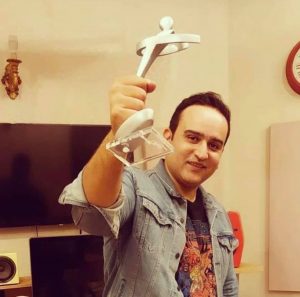 And that’s a wrap! 20 years running and the nominations and winners still have you guessing. That’s the LSA spirit!