It seems that the web-series ‘Dhoop ki Deewar’ is going to be releasing soon on the Zee5 OTT platform. The drama has some major heavyweights to its credit: director by Haseeb Hasan, written by Umera Ahmed and starring two of Pakistan’s most popular actors – and also a real-life celeb couple – Ahad Raza Mir and Sajal Ahad Mir. A trailer to the web-series may not have released yet but there’s plenty of hype surrounding it based on its credentials alone.

A small smattering of Instagram posts have lately been building upon this hype. About two weeks ago, the drama’s female lead, Sajal Ahad Mir, posted an image on her Instastory of a cake that declared ‘Dhoop Ki Dewar Its A Wrap!’.

Soon afterwards, director Haseeb Hasan posted a small video of himself on his Instagram with his cast and crew, at the wrap-up party.

This has been followed up by images of Haseeb with his cast and crew at what is evidently a professional photo shoot for the web-series. 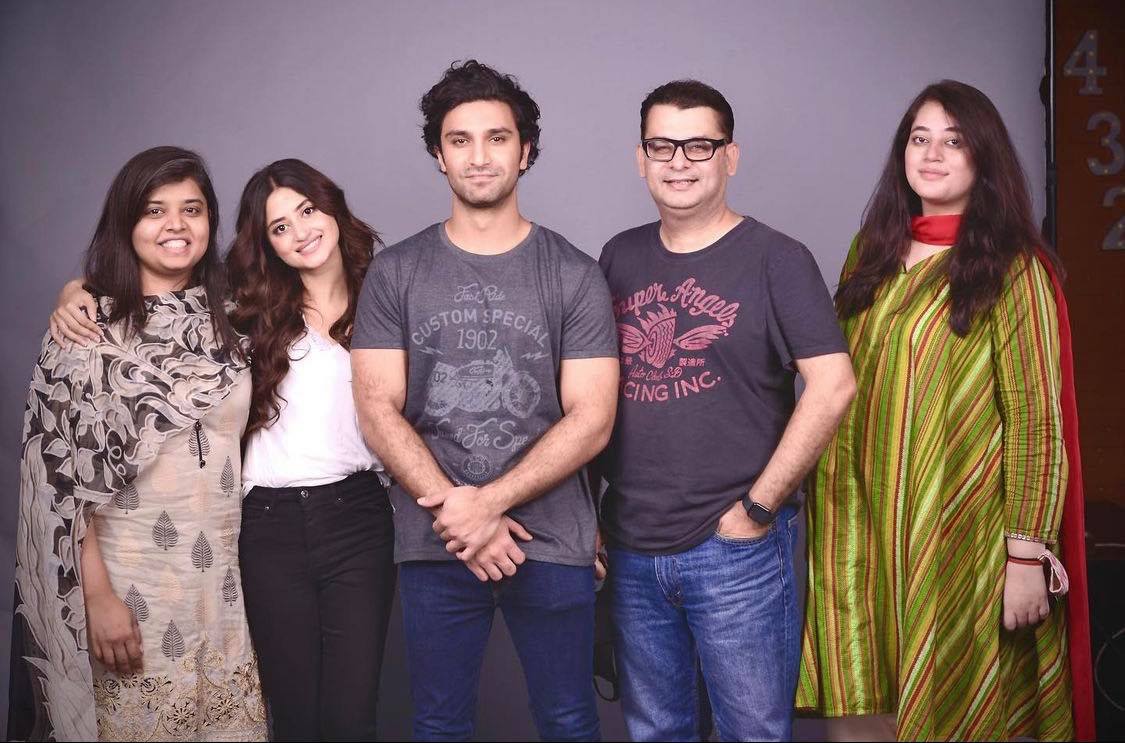 Is the series just about to release? Director Haseeb Hasan can’t say for sure since the final date can only be decided by Zee5.

However, with the ban on Zee5 still in place, according to which Pakistani credit cards cannot be used to pay for the Indian online streaming service, is Haseeb worried that the series will not watched by his target audience? “To be honest, I am not worried,” says the director. “I have been laboring over this project for the last two, three years now and I am certain that the end product is going to be very good. Zee5 caters to a large network of countries and I am very hopeful that DKD will be appreciated by Urdu-speaking audiences around the world.”

Is one of the factors bolstering his confidence the fact that DKD has major stars like Sajal and Ahad as its leads? “Yes, their presence and performances are a major factor as is the time and effort invested into the production design,” says Haseeb.

There’s no denying, however, that the series’ success could multiply manifold if it was accessible to the colossal audience in Pakistan which is eager to see it. Haseeb accedes, “Yes, it should ideally be able to run in Pakistan without any restrictions. It is my appeal to the Pakistani authorities to start thinking beyond boundaries and look at the bigger picture. Creative expressions cannot be restricted and projects like these can open new avenues for Pakistani talent, allowing us to explore more international domains. The visual teasers of DKD are yet to release and I have already observed so much interest around it, internationally.”

Haseeb hints at a riveting teaser releasing soon. In the meanwhile, here’s what we know about DKD. The story traverses the barbed boundaries dividing India and Pakistan with Ahad playing the Indian, a soldier called Vishal Malhotra and Sajal, on the Pakistani end, playing a character called Sarah Sher Ali. There will certainly be a romantic angle in focus and in a long ago interview with me, Ahad Raza Mir had talked about how the series narrates some of the consequences of war. Ahad also played a Pakistani soldier in last year’s Ehd e Wafa, aired on the HUM TV Network but Haseeb says that DKD’s plotline is entirely different.

“It’s all that I can say right now,” the director insists to me throughout our small chat.

That’s all for now, then. Until the web-series gets primed to release and we know more!