The last time I spoke with playwright Haseena Moin she had been very excited. It was the summer of 2020 and she had just had a meeting with PM Imran Khan along with other renowned Pakistani playwrights. With the coronavirus at large, the meeting had taken place via an online video link.

“I didn’t know how to make it work so I asked my nephew to help me,” she had told me. She had continued on to a rant that many of us have frequently, “I am just saddened by the way Pakistani drama storylines have become so twisted. The mother-in-law is scheming against her daughter-in-law, the sister is trying to ensnare her brother-in-law. Are these the only stories that we have to tell?” 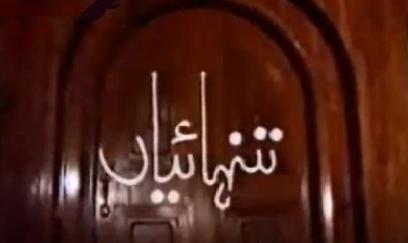 She hoped that with the PM’s encouragement, she and the other playwrights would be able to bring a turnaround in TV drama storytelling. She may have written her best work at a much younger age – Ankahi, Kiran Kahani, Tanhaiyaan, Dhoop Kinaray – but even at age 78 she had so many plans. The adaptation of her drama Ankahi had been primed to go on stage just before the coronavirus onslaught. Under the helm of Kopkats Productions, directed by Dawar Mehmood and starring Amna Ilyas, she was looking forward to seeing the drama on stage once the pandemic ended.

I had called her at the time because renowned game show host Tariq Aziz had just passed away and his demise had triggered conversations on how Pakistan did not cherish its legends while they were still living. She agreed. “There are so many remarkable artists that have passed away and that our younger generations don’t even know of. It’s because today’s media doesn’t give them the recognition and the respect that they deserved. Nor do they have any reverence for the few that are still living. Just a small ounce of recognition and love can make an artist happy for days. But the media is too busy chasing the next big scandal.” She cited a number of names of actors who has passed away, including those who had stood out in her own dramas; Qazi Wajid, Salim Nasir and Jamshed Ansari.

She then went on to remember Jamshed Ansari, one of the finest actors in the history of Pakistani television who made his mark as the fabulous ‘Timmy’ in the drama Ankahi. “I met him during his very last days. He was completely bedridden. His family was taking care of him and he was completely sedated with medication. Despite this, he noticed that I had tears in my eyes. “Yeh kya hua, Jamshed?” I had asked him. He had smiled, said that he was alright. A few days later, he passed away.”

Like so many of the icons who worked with her and symbolized Pakistani entertainment’s golden age, Haseena Moin has also met her demise. News reports state that she died suddenly, from cardiac arrest. At age 79, she was still a force and attended the Karachi Arts Council’s 23rd March celebrations just a few days ago.

She will always be remembered – in the prayers of the people who grew up watching the dramas ingeniously written by her, in all the times that reruns of her work will be shown on TV and whenever so many of us recall happy childhood memories. She was such an indelible part of them.