The best period dramas tell emotionally charged stories while staying true to the era in which they are set, inspiring a wealth of emotions: heartbreak, patriotism and an obsession to see what happens next. In recent times, the story told by Dastaan comes to mind.

The drama had all the makings of a classic, having us in tenterhooks with its emotionally jarring premise, making our hearts melt with odes to love and reigniting our passion for our motherland with a story that may have been blurred out with time but was not long forgotten. While the golden age of PTV dramas remains in a league of its own, Dastaan stands out as one of the best dramas to have lived up to the benchmarks set by its predecessor.

Simplicity, strong characters, and crisp storytelling are some of the elements that make a beautiful piece of art. Historically accurate with impeccable attention to detail- from sets to wardrobe, to vocabulary to the eyeliners- we were transported back into time with Dastaan. The director took the writer’s words and painted a vivid canvas, making it a visual treat. It has been more than a decade since Dastaan aired yet it seems it will remain forever etched on my heart.

There is a strange charm in period dramas that draws in the audience and leaves them in awe with the theatrics. Dastaan – in a story that revolved around the Indo-Pak partition – dominated the period play category more than recent others for many reasons. It was not a political story

Set in the backdrop of the pre-partition and post-partition era, the story is told from the perspective of one Muslim family. The plot did not dominate the political side of things. Instead, it was evenly spread out as part of their everyday lives. The characters represented the growing conflict between the Muslim League and Congress but there was always more to the story. The political calamities did overturn Hasan and Bano’s lives but the story did not take away the essence of their love story as Bano remains in Hasan’s subconscious and Hasan in Bano’s till they meet again.

No propaganda under the guise of patriotism

As raw as it may have been the drama did not propagate hate against anyone.  While there were villains there were those with a good heart regardless of their religion, gender and nationality. The drama is a testament to a well-balanced narrative that did not skew in anyone’s favor. Nor did it reiterate gender roles or societal norms. It was, simply, a story that left an impact.

Fawad Khan, Sanam Baloch, Samina Peerzada, Saba Qamar, and Ahsan Khan undoubtedly made us laugh and cry with their portrayals. There were several instances where we were exposed to gut-wrenching plot twists and the actors had us at the edge of our seats.

There is a scene where Bano’s husband Basanta falls off the roof of their house and dies. She dances around celebrating his death as his mother weeps. Suriya’s suicide after Saleem is stabbed and how they unite one last time before their death, Hasan and Bano’s reunion and so many more were brought to life by outstanding performances. These scenes were the paramount depiction of the impact of harsh realities in shaping a person’s life and personality.

The characters, story, and theme of the show

Adapted by Razia Butt’s novel, writer Samira Fazal did a fine job scripting the story and making it what is. It wasn’t just the star cast but also the characters that they played that made Daastan memorable. From the beginning to the very end, every character introduced in the plot served a purpose and ultimately led Bano to Pakistan.

The drama introduced us to a rather mellow or normal family who led a happy life sans any saas-bahu strife. It took in the everyday lives of its characters and refreshingly steered clear of unnecessary sensationalism.  Every relation was established with finesse, bringing in a more realistic human appeal to the story: the sisterly bond between Bano and Surriya, Bano and Saleem’s love-hate sibling bond and of course, the unforgettable sizzling chemistry between Hasan and Bano! 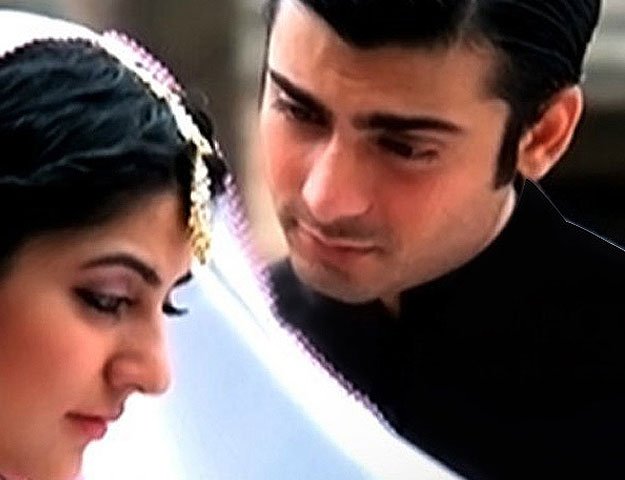 The old-timey romance with their whimsical meetings, stolen glances under the starry night sky, and quick-witted jibes made us smile and fall in love with the duo. Their courtship followed a respectful demeanor that was later blended with their passion to work for the Muslim League. Years of separation did not diminish Hasan’s love for Bano despite having another woman in his life. The continuous conundrum of being sincere to Rabia but having trouble moving on encapsulated true love. Needless to say, Hasan raised the bar for male characters in Pakistani dramas.

It was not a happy ending but it was realistic and that is okay!

The drama had a breezy start but concluded on a tragic note. As heartbreaking as it was, the story told a tale that many surely lived. Partition and migration brought trauma and loss that was bound to leave a psychological impact. Bano witnessed her family falling prey to the conflict. She was raped, forced to marry, had a child she never wanted and dreamt of stepping foot in Pakistan while facing oppression for years. The only consolation that kept her going was the image of Pakistan as a pure land that is true to the principles it was established upon. To her dismay, when she finally arrived the crude reality unraveled upon her. It wasn’t how she had imagined and her trauma got the best of her.

The ending didn’t undermine Bano’s resilience, it did not adopt the time heals all mantra. Instead, the ending was brutally honest in showing the consequences of the misery and torment she had endured.

Who doesn’t love a happy ending but with this ending the drama left an impact. Every time there is a conflict, those true to their principles often suffer due to the fragile egos around them and become collateral damage. Regardless, the truly valiant remain steadfast. For me, this is the message that Dastaan left for the audience.

Deciphering the success of Tere Bin with director Siraj-ul-Haq