Pakistan, India and their creative collaborations have never historically worked out. The world may go on and on about art having no borders but the barbed boundaries separating these two nations beg to differ. Time and time again, artists have been ousted from either side of the border and bans are the order of the day – the latest being the one decreed by the State Bank of Pakistan, stating that credit card payments will not be allowed for subscription payments for streaming Zee5, an Indian online streaming platform that has been working with a number of Pakistani content creators. 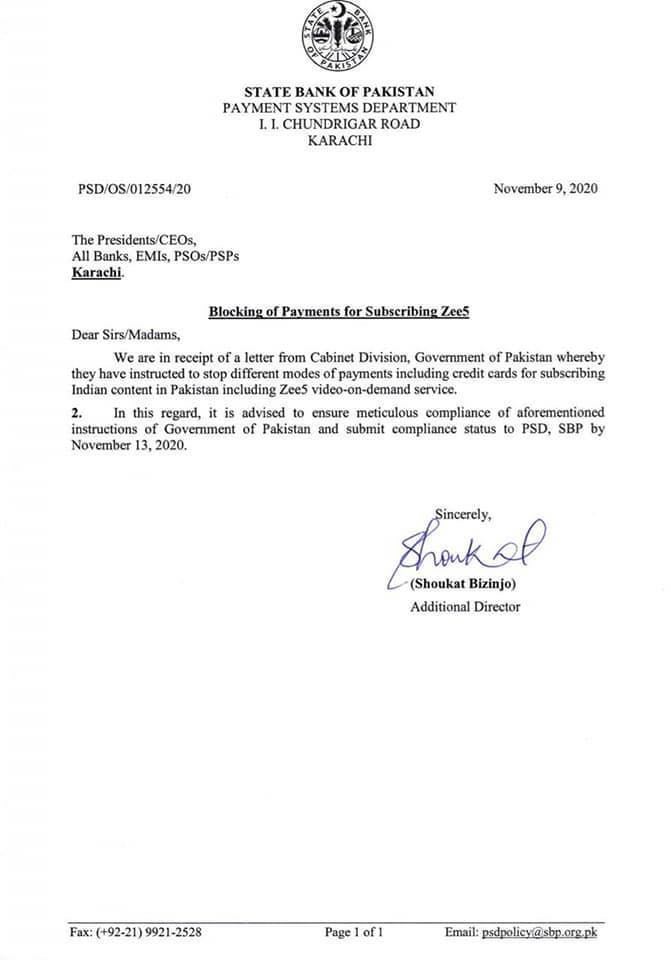 To date, two original Pakistani web-series have released via Zee5; Asim Abbasi’s hard-hitting ‘Churails’ and Mehreen Jabbar’s romantic, socially relevant drama, ‘Ek Jhooti Love Story’. This is the first online streaming platform – albeit an Indian one – that has enlisted local directors and actors to create an entire lineup of original content which will then be released over a period of time. From the perspective of Pakistani content creators, it’s not just a lucrative deal but one which inspires them creatively. The web opens up new avenues for them, allowing them to diversify from the formulaic content that tends to be a prerequisite for local TV channels, whose primary objective is to rake in high ratings. Pakistan’s first two original series for Zee5, Churails and ‘Ek Jhooti Love Story’ have won rave reviews – and proven that Pakistani directors, if given the chance, can diversify towards riveting new genres There’s a Naumaan Ijaaz fest coming up on Zee5! On the left, the actor alongside Bilal Abbas Khan in the series ‘Abdullahpur ka Devdas’; on the right, the actor co-starring with Saba Qamar in ‘Mann Jogi’

The stellar lineup of stars and directors was expected to bring up the number of subscribers for Zee5 in Pakistan. Perhaps, not anymore – unless the State Bank takes back its decision. The decision has been made, of course, with the motive that Pakistani talent should not be generating income for an Indian company. But there are certain flaws in this theory, the most obvious one being that Pakistan has much more to gain from the collaboration than India does.

Director Mehreen Jabbar observes, “It’s a very short-sighted decision because the only people it hurts are the ones working in our own industry. It won’t make much of a difference to Zee5 since it’s already available in 190 countries. The people that will suffer are Pakistan’s own actors, writers, directors and technicians.” She continues, “I feel that there’s really no reason to place this ban because for one, Zee5 is not a threat to our own industry because it encourages people and artists to do different work. It’s also not a competition to the local TV industry or future OTT platforms that may emerge from Pakistan. It’s basically what we call, ‘apnay paoon pay kulhari marrna’. If the government has a problem with Indian content, then they need to ban Netflix, Amazon, YouTube, everything. In this day and age, this sort of arbitrary action is just self-destructive!”

Let’s consider some more of the details…

The subscription fee for Zee5 is extremely low right now, totaling up to between Rs 1500 and Rs 2000. It’s not a huge amount and the platform’s earnings are also downsized by rampant piracy, with series leaking out on to YouTube. As Mehreen Jabbar rightly pointed out, Pakistani content creators and actors are earning much more from the equation right now; financially and in terms of gaining more international recognition and also in a more cerebral, creative way because it gives them the chance to work with new genres.

And it isn’t as if Pakistani content, regardless of its many strong points, has been commissioned by other non-Indian streaming platforms, such as Netflix and Amazon. Time and again, Pakistani actors and directors have made tall claims about a Netflix debut but this is yet to happen. According to industry veterans, Netflix doesn’t have enough subscribers in Pakistan to warrant investment in an original local story. Netflix doesn’t even have a head office in Pakistan and our region is under the control of Netflix India. Tapping into Netflix is a goal that will be hard to achieve – although certainly not an unsurmountable one.

Also, no Pakistani streaming platform is yet to gain traction. Local directors don’t really have too many options available to them – which is why Zee5 makes a lot of sense. Another streaming platform that featured Pakistani content last year, was Eros Now, featuring Wajahat Rauf’s ‘Enaaya’. Again, Eros Now is an Indian streaming service.

It’s also important to note that while Zee5 itself may be of Indian origin, the stories that it has commissioned from Pakistan are indigenous to our land. Enlisting scriptwriters like Umera Ahmed, traversing the alleys of Karachi and androon Lahore, these are stories unique to Pakistan, without being ‘Bollywood’-ized. As long as creative freedom is retained, what is the harm? 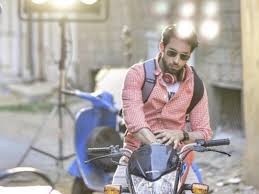 And yet, the State Bank of Pakistan’s announcement has led to plenty of Twitter conversations about how it’s great that Pakistan will no longer ‘be working with the enemy’. What is left ignored is the fact that India doesn’t really need Pakistani content. The Indian drama and film industry is a well-oiled, flourishing behemoth, pumped up with foreign investment.

On the other hand, Pakistani content, particularly dramas, may be in a league of their own but they are yet to become global super-hits. Their international reach so far has been limited to immigrant Pakistanis living abroad and paying to get local TV channels on their cable. Why shouldn’t this reach be allowed to spread further, access new markets, perhaps attract in sponsors in the long run? An online streaming platform like Zee5 would merely be a first step – it could lead to so many more.

But when it comes to Indo-Pak collaborations, success gets thwarted sooner or later. Earlier, a ban on Churails was placed, deeming it as ‘immoral’. The ban was later removed. Now, the local audience will not be able to pay to subscribe to the streaming service. It’s important to note that this probably bad news for the Pakistani content creators whose series were preparing to release on Zee5 soon. The projects may be intriguing enough to entice the Indian audience but their initial pull was naturally going to be from the Pakistani masses. Actors and Pakistan’s most well-loved celebrity couple Ahad Raza Mir and Sajal Aly are starring in Zee5’s upcoming ‘Dhoop ki Deewar’ – I can only imagine how subscription could skyrocket should the series be available for Pakistani viewership!

“The web has so far been an open space for collaboration,” director Wajahat rauf had mused to me some time ago. And it was, until people started watching Pakistani shows on a growing Indian platform, series started getting rave reviews and there was a chance for more lucrative deals to be struck. Then, politics, as always, swooped in. Knowing Indo-Pak history, if the Pakistani government hadn’t intervened, sooner or later the Indian government would have done so.

This was bound to happen. Perhaps local TV channels could consider launching a web streaming platform of their own. In the meantime, perhaps local content creators should resume thinking about saas-bahu spats that are such a favorite with TV channels. They could throw in a bit of incest since that works so well. What a sad, sad notion.