The drama Dunk on ARY Digital ends today, wrapping up a 31 episode long run. It’s a story revolving around cases of fake claims of sexual harassment, a very sensitive topic to tackle in the times that we live in. Right before the drama began, there was a hue and cry that a story about a woman who misuses harassment in order to avenge the men she hates undermines the Me Too! movement in Pakistan. An interview given by the drama’s producer Fahad Mustafa, right before the airing of the first episode, where he said that society needs to be aware that fake harassment claims can be made, lead to further aggravation.

It did not matter that the story took its root from an actual incident where a college professor committed suicide when falsely accused of harassment. Critics insisted that there was no need to tell a story regarding fake harassment because it could shed doubt on the claims of victims of actual harassment.

This may have been the reason why Dunk, throughout its televising, hasn’t been promoted as avidly as most all-star productions are. The drama is produced by Fahad Mustafa’s Big Bang Productions, directed by Badar Mehmood and boasts a stellar ensemble cast: Bilal Abbas Khan, Sana Javed, Naumaan Ijaz, Azekah Daniel, Yasra Rizvi, Fahad Sheikh, Laila Wasti, Saife Hassan and Shahood Alvi, among others. A drama with such powerhouse credentials usually gets promoted avidly by its cast and crew, social media images from ‘behind the scenes’ are posted regularly, Twitter trends are celebrated, interview clips are floated out on Instagram and actors come online to ask the audience’s opinion on game changing turns in the plot.

Another plausible reason why Dunk wasn’t highlighted may be because the drama simply didn’t earn very high ratings. The story may have been unique and the screenplay exceptional but the fact remains that in Dunk, the man was the victim while the woman raised hell. Sad as it is, the Pakistani drama audience has a penchant for the battered, abused ‘bechari aurat’. Give them a purely vindictive woman and a befuddled innocent man and they may just switch the channel. As a result, Dunk has quietly been streaming out on TV, week after week, skipping the prime-time 8 p.m. slot to air a little later, at 9 p.m. on the weekend, not making much noise on social media. This, more than anything, goes to show that social media noise cannot be considered the litmus test for a drama’s merit. Dunk, despite all the censure levelled out at it, is brilliant.

The story may center around fake harassment claims but the antagonist, played by Sana Javed, is countered by some equally strong positive female characters, particularly the characters enacted by Azekah Daniel, Laila Wasti and Yasra Rizvi. The drama winds its way through twists and turns, building upon emotions and some very tense situations and then, offering some relief with positive developments.

It’s a thriller, dwelling upon human psychosis and the need for revenge. Harassment may be the main issue at hand but the subtext unravels other connected stories: the media character assassination that a harassment claim can lead to, affecting not just the victim and the harasser but also their families and also, the emotional suffering endured by the family of the professor who had gotten falsely accused once he had committed suicide.

Just as powerful as the plot are the actors knitting it together. In fact, perhaps Dunk wouldn’t have been quite as evocative had it not been spearheaded by two very talented actors, Sana Javed and Bilal Abbas. Both actors have often been applauded for their work and with Dunk, they prove their mettle yet again. Sana’s last role was that of a rape victim in Ruswai. In Dunk, she switches gears completely as the psychotic Amal. Her eyes narrow as she shows her true colors, her face contorted into a slight, caustic smile. Amal’s hostility isn’t over the top at all; instead, she is restrained, calculating, planning out her next move, reveling in her victims’ discomfort. Building the entertainment value in her particularly villainous scenes is an OST, thumping out a suspense-ridden beat – so well-placed that it makes your blood boil just a little more!

Bilal Abbas, as the long-suffering Haider, is just as outstanding; battling anger, guilt, sadness and now, as the series culminates, finally giving Amal her dues. More than anything else, his body language is impressive: the shoulders squared while getting bashed by his loved ones; tense while Amal riles him, merely taunting her with eyes.

The remaining cast also doesn’t disappoint. Laila Wasti is one of the drama’s strongest draws, shining as Haider’s mother. Also standing out are Yasra Rizvi as the young widow and mother and Azakeh Daniel as Haider’s wife. It’s a well-acted drama, and also well-told. Even though it touches upon the sensitive issue of harassment, Dunk doesn’t seem to be agenda-driven at any point. It is, merely, telling an absorbing story. Besides, the Pakistani drama-scape is replete with storylines where women are victims of abuse. A single drama, portraying men as victims and moreover, narrated carefully by director Badar Mehmood doesn’t appear to be agitating against any cause or movement.

For all its strong points, though, Dunk would have definitely benefitted from some sharp editing. As is the sad case with almost all Pakistani dramas, the episodes could have been snipped down to about an odd 25 rather than stretch out to a lofty 31. The multiple long-drawn episodes showing Haider, teary-eyed, writhing in guilt, could have been easily edited. So could have been all the many, many times that Professor Humayun’s wife cried and Amal, paced her room, scheming, half-smiling evilly. Even a story as gripping as Dunk’s got longwinded, courtesy the perpetual drags that are characteristic of our dramas. Skip a few episodes in the middle and you weren’t likely to have missed much. 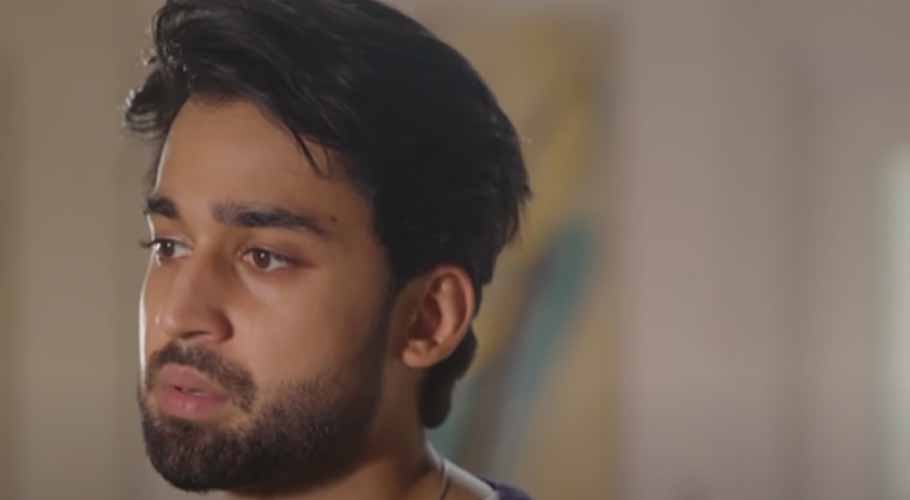 Also, Amal could have benefitted from stronger characterization. She is deeply psychotic and malevolent – but why is she like that? Does her skewed moral compass stem from a troubled childhood? Did something in her past make her such a stickler for revenge? A character, male or female, may be depicted as evil but someone as irreprehensible as Amal needs to have a backstory that sheds light on exactly why she is this particular way. Nevertheless, for actors Bilal Abbas and Sana Javed, Dunk adds immensely to their repertoire, proving their exceptional talent at enacting nuanced, complicated characters. It is also yet another feather in the cap of director Badar Mehmood. The drama ends tonight – it may not enough make noise on social media and it may or may not top Twitter trends. You may not see an Instagram image celebrating a record-breaking burst of viewer ratings.

But how many top-rated recent dramas have you truly enjoyed? And who believes in Twitter trends anyway?