The makers of the drama Khuda aur Mohabbat 3 did not know what a colossal success it would be. They did, however, want to give it their all. Ricocheting from one part of the country to the other, from grandiose havelis to crowded mazars, skirting government imposed restrictions and Covid risks, they proceeded with shooting an emotion-laden odyssey which was a visual treat. Drone cameras loomed over wedding sequences. Sprawling lawns and palatial homes were set up. The entire ensemble cast, rather just the main leads, stood out. The title track, composed by Naveed Nashad and sung by Rahat Fateh Ali Khan, became such a hit that it began playing out on cars passing by on busy roads.

These details, perhaps, are a primary reason why Khuda aur Mohabbat 3 has turned out to be a magnum opus, hauling in record-breaking high ratings week after week. From the producers, Abdullah Kadwani and Asad Qureshi of 7th Sky Entertainment, to the seasoned director, Syed Wajahat Hussain, to the cast – Feroze Khan, Iqra Aziz, Sunita Marshall, Hina Khawaja Bayat, Rubina Ashraf, Zain Baig, Tooba Siddiqui, Junaid Khan, Usman Peerzada and Sohail Sameer, among them – there was a marked effort to create a story which would rivet.

Director Syed Wajahat Hussain muses, “A director can’t know just how successful a drama will be when he is making it, but I did feel that everyone involved in this project was truly invested in it. The script was written in a very grand way by Hashim Nadeem Khan and 7th Sky Entertainment didn’t constrain me regarding budgets. Despite the fact that it was a sequel to the first two editions by the same name, I also signed on because I knew that we were going to make the effort to shoot at actual locations.” Hereon begins our, dissecting some of the many special details that went into the making of the drama. It is quite evident to the audience that the drama has been shot in various locations, specifically Lahore, Multan and Bahawalpur. However, it is interesting to note how different sequences are located in different regions altogether. Hina Khawaja Bayat’s haveli, located in Multan in the drama, is actually a home in Lahore. The bedrooms of said haveli are rooms in Karachi! Usman Peerzada’s magnificent home in Bahawalpur is the area’s Gulzar Mahal, also seen in the movie Punjab Nahi Jaungi. Permission for shooting within some portions of the Mahal was received via the ISPR. 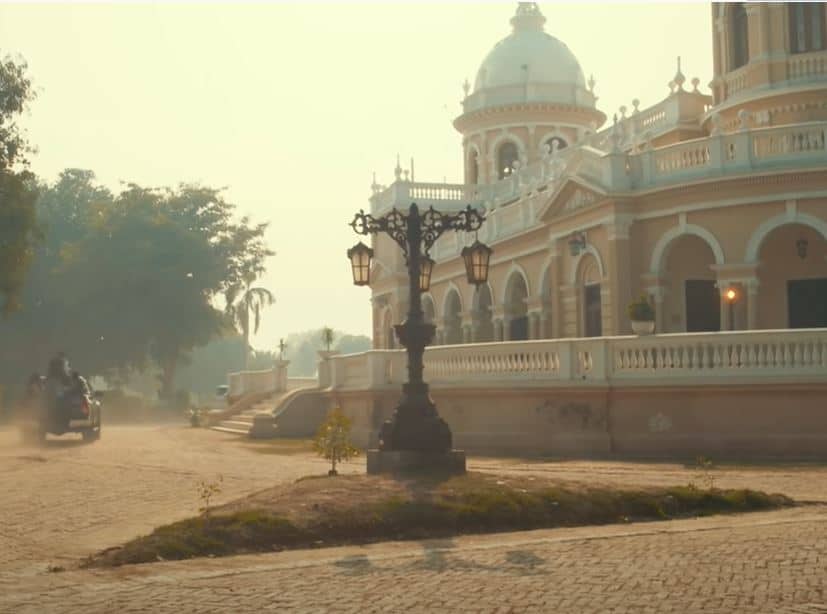 The mazaar where Feroze’s character goes to seek refuge is Multan’s very crowded Shah Shams Mazaar. The more crowded sequences were shot while the mazaar was filled with actual worshippers. “Other sequences were shot in the early hours of the morning or late in the night,” remembers Wajahat.

A 48 hour long stretch at the Mazaar Some footage of the mazaar was still left when the government suddenly imposed a restriction on shooting in places of worship, following a controversy sparked off by a music video featuring musician Bilal Saeed and actress Saba Qamar in a mosque.

“We realized that we just had about two days before the restriction was imposed,” laughs Wajahat. “So went to the mazaar and shot for 48 hours straight. The cast was able to take breaks but the crew could not.”

Another obstacle hampering the drama’s filming was on the onslaught of the coronavirus. Midway through the shooting, life slowed down and following of SOP’s became imperative. Eventually, plans were made to resume work and for one particular spell, the cast and crew were flown out to Multan. “Actresses Rubina Ashraf, Sunita Marshall and a few others were supposed to come in from a later flight when Rubina was suddenly diagnosed with the coronavirus,” says Wajahat. “Everything came to a halt and we had to wait for Rubina to get better. Even after recovering from the coronavirus, she was very weak. We waited a bit longer, for her to gain back the weight that she had lost so that the scenes wouldn’t look too disconnected. I can tell which scenes have been shot before she contracted Covid and which were shot afterwards.”

The waiting game for Feroze and Iqra

Wasn’t the constant waiting, right in the middle of a creative process, frustrating for Wajahat? “It is imperative for a designer to be patient,” he points out. “You don’t just think of the story, you also carry it through to its execution.”

Even the starting of the shoot was preceded by a long wait for the two main leads. “When we signed on Feroze and Iqra, he had earlier agreed to be part of the drama Ishqiya and she was shooting for Jhooti,” says Wajahat. “They were our first choices for the roles and we decided to wait for them to get free. Iqra also got married around that time so we knew that that would also extend our wait.” 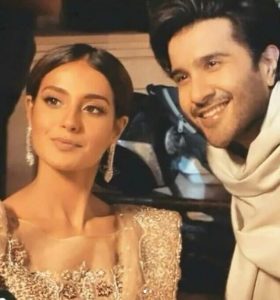 The Bhabi with a difference

It was observed in the initial few episodes of the drama that Sunita Marshall was the daughter-in-law of a pir household and yet, she didn’t cover her head. All the other women in the household had their heads covered and observed purdah. The audience felt that this must have been a blunder which was overlooked.

Wajahat, however, says that this was to the contrary. “Sunita has gone on record to say that I would opt to reshoot even if a ring was missing on her finger from one scene to the next, in order to ensure continuity. How would I, then, not have been aware that she was the only woman who didn’t have her head covered amongst all the women?” “The way Sunita dresses, in fact, is indicative of her personality; that she may belong to a conservative family but her in-laws are not very strict with her. It is also depicts her as forward-thinking and this notion will be strengthened in how she is in later episodes.”

He continues, “There are other indications, too, of how the family may be rooted in traditions but isn’t extremely regressive. Usman Peerzada, in the scenes to come, will be shown as a father who isn’t extremely strict. Also, in the very first episode, both Iqra and Sunita are shown to be traveling to Lahore by train without a male chaperone. All these subtleties, including Sunita’s uncovered head, help in building the characters’ personalities within the audience.” I have many more questions for Wajahat – after all, I have been watching each and every Khuda and Mohabbat 3’s episode. Why does the all-knowing derwesh at the mazaar, played by Noor ul Hassan, keep making obtuse references to Farhad’s – the hero, played by Feroze Khan – heartbreak and not even make a passing reference to his family, left to believe that he has died and his mother, going mad from the sorrow?

Wajahat chooses to delve into character analysis. “If a man suffering from cold as well as chicken pox, what would you cure first? Farhad is suffering mainly from heartbreak and that’s what the derwesh refers to, in particular. This is the issue that Farhad needs to resolve first. Perhaps, as the story continues, his relationship with his family will also get addressed.”

Farhad strikes me as incredibly selfish, I observe. “And when has the drama pushed the notion that he is not selfish?” counters Wajahat.

The search for ‘Khuda’ Why the title ‘Khuda aur Mohabbat’, though, given that so far the story is centered around romance without any major theological inclinations?

“I find that odd,” says Wajahat, “because God is everywhere, in our relationships, our daily routines, our desires and the choices we make. Why does a story about God need to be restricted to mosques and mazaars?”

From mazaars to cityscapes to a slew of very well-acted sequences and strong characterization, the drama is on a roll. A series of episodes in the middle did prolong the grief experienced by the characters but Wajahat says that this was necessary. “At that point, the characters were enduring a lot of pain. Their lives came to a halt as they tried to come to terms with the challenges that they were facing. And so, our story also paused, dwelling on their pain, making the audience feel the frustration that they were feeling.”

Now, though, as Feroze and Iqra’s characters – Farhad and Mahi – meet again, the story’s picking up pace. The YouTube comments indicate that Khuda aur Mohabbat 3’s audience extends beyond Pakistan, to Bangladesh, the UK, the US as well as India.