In the darkness of the night, on a ramshackle rooftop under a star-lit sky, a young woman sings to her lover and he joins in. Mukho clutches Maula as she sings. His life has been an endless struggle and he is on the brink of setting out on what is his most treacherous mission yet. He may not return, the future is murky. And so she sings and so does he, in lilting evocative Punjabi, of how no matter what, their story will always remain eternal.

Far away, lying alone on his charpoi, Maula’s best friend and foster brother Mooda sings the same song. Noori Nath, craving blood and violence, sings the song in chorus with the dark, ominous shadows that live with him in prison. So does Daaro, evil, scheming, luxuriating in her bath. So does the head of the diabolical Natt clan, obsessed with power.

The same words, resonating again and again, by the pure of heart and the purely evil; haunting, melancholic, memorable. It sets the tone for the events that follow later, fills you with dread as you root for the long-suffering Maula Jatt to rid the world off the evil Natts.

The Legend of Maula Jatt tells a story that often has you veering from hope to despair. It takes over your senses and you lose yourself into wunderkind director Bilal Lashari’s fantastical tale where shadows loom, blood is spilt recklessly and an iconic gandasa is raised in a fight till death. This is escapist cinema to the core and certainly not for the faint of heart.

TLoMJ may be the spawn of the original Maula Jatt from long ago but it doesn’t borrow much from its predecessor other than the main setting of the story and the characters. This new-age rendition is a different kind of behemoth; the sort that hasn’t been created in Pakistan before, the sort that we didn’t know that we needed. As long as graphic violence doesn’t daunt you, TLoMJ’s painstaking detailing, fine-tuned visuals and performances and nuanced wordplay will leave you riveted. And you want to buy a cinema ticket again and see it once more, perhaps just to appreciate the finer points that you may have had missed.

The movie in its entirety is so well-conceived that it is impossible to pinpoint one particular factor that makes it remarkable. The plot in itself is straightforward, pitting the truly virtuous against the very evil. It’s one of the oldest stories in the books, narrated in a new way: the sharp, often macabre, twists that make you draw your breath sharply, the idiosyncratic characters and the passions that make them who they are and how every scene, every character, every dialogue fits together perfectly like the pieces of a puzzle. 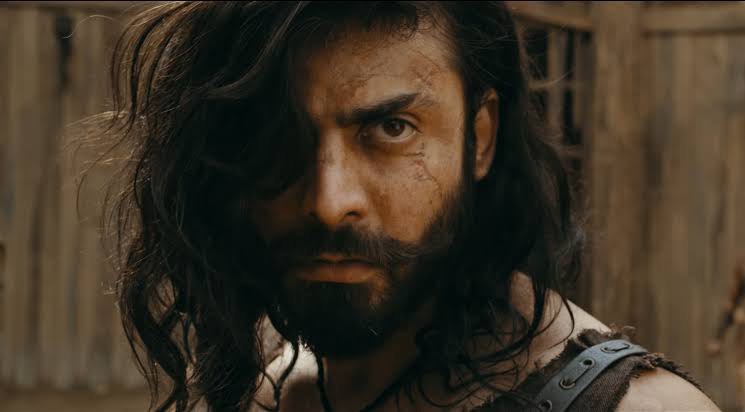 There is no one performance that can be sidelined as weak, from the smaller characters like the unfortunate Rajjo enacted by Saima Baloch to the main ensemble. Fawad Khan is brilliant as the brooding, brawling Maula, suffering silently quite often while letting his eyes speak for him. Fawad is fiery and gladiatorial when Maula rages for justice, his eyes become soft when with his best friend Mooda or his lady love Mukho and he is satirical, half-smiling, as he taunts and threatens his nemesis Noori. Completely shedding aside the good-looking romantic heroes that have been his career highlights so far, Fawad becomes the rustic, thickly bearded, hulking, scarred Maula completely.

Holding his own against Maula is Noori Natt, played by Hamza Ali Abbasi. Hamza is a pleasure to see on screen. He is menacing and psychotic, evil but with a wry sense of humor, unapologetically violent but with a soft spot for his sister. He speaks Punjabi in a deep, guttural voice and there is an effortless beauty to his dialogues. This could be Hamza’s best performance to date. 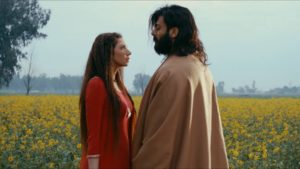 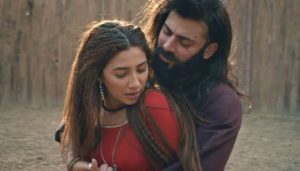 Mahira Khan is perfectly casted as Mukho, the lightness to the dark shadows that engulf Maula’s life. She is a firecracker; sharp-tongued, unabashed, mischievous. The few romantic scenes between her and Maula remind one that the Fawad Khan–Mahira Khan on-screen chemistry is still very much alive. An embrace in a field of marigolds, a love song under the stars … the romance may only be a small part of the movie but how it crackles!

The movie’s other female lead is a completely contrast. Humaima Malick is vicious and menacing as Daaro; willing to wreak vengeance and punish transgressors with an unassuming smile on her face. There is a fierceness even in the way that Daaro stands: straight-backed, her head held high, her eyes cold and calculating. Humaima slips into her role so effortlessly that it feels as if it was made for her and her alone. 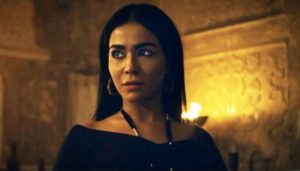 And then there’s Gohar Rasheed; diabolical to the core, sadistic and power-hungry, relishing violence, creating havoc wherever he goes. His Maakha is an absolute monster and Gohar, swaggering and grinning, flashing a gold tooth as he does so, performs spectacularly well. Another fine performance is delivered by Faris Shafi, who plays Mooda, the voice of reason which tries to rein in Maula’s violent streak. Mooda, like Mukho, adds in the lighter bits to the movie, always ready with a joke or a witty rejoinder.

Rivaling the cast are the visuals. The sets are elaborate, the styling is impeccable and director Bilal Lashari plays with light, shadow and music to create effect. The action is in a league of its own – we certainly haven’t seen anything like it in a Pakistani movie before – with detailed battles that rely on fierce, virile masculinity and plenty of masochism. There’s blood and gore, acrobatic backflips and weapons thrown with abandon; often the action tends to be more anglicized rather than emulate a good old-fashioned desi tussle. Unless you get nauseated easily, you keep watching, on the edge of your cinema seat and possibly hooting, clapping, cheering during a particularly spectacular sequence. 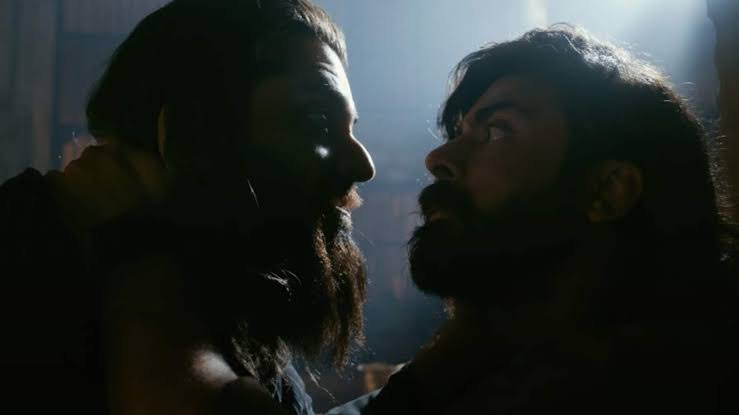 The movie is a bit more than two hours long but there are no drags and no chance of getting bored as characters – in the words of Noori Nath – either ‘kill or get killed’. There are, however, plenty of times when a non-Punjabi audience will not be able to comprehend the unadulterated Punjabi dialogues. The English subtitles help immensely in these cases and one hopes that Urdu subtitles are also made available for audiences that may not be proficient in English. Regardless, a large part of the beauty of TLoMJ lies in its Punjabi dialect; the poetic sway of the words, the remarks laced with violence but also humor. In Urdu, the words would have simply lost their effect.

Do all the actors have believable Punjabi accents? A Punjabi-speaking audience will tell you that they do not. Hamza Ali Abbasi, Gohar Rasheed and Faris Shafi are bona fide Punjabi hoodlums but the rest of the cast does fumble with accents here and there. For the non-Punjabi speaker, this makes the movie easier to understand. Also, the earlier Maula Jatt relied heavily on Punjabi culture and heroism. TLoMJ may have a script in Punjabi but the story unfolds in a world of its very own. The language is merely one factor adding to the overall experience.

Aficionados of the earlier Maula Jatt may still find flaws. They may argue that it is unwise to reinvent a classic. But, objectively speaking, TLoMJ is a different movie, for a different time, for a new wave of cinema audience. The earlier movie was a cult classic, a work of genius in its own time, and with this new one, Bilal Lashari may just have propelled a new cult fan following altogether. As cinema buffs, and as Pakistanis, we are so proud to call this very legendary new take on Maula Jatt our own.