Not every story deserves a happy ending. Chauraha, 7th Sky Entertainment’s hit drama which just aired its last episode on Har Pal Geo TV, did not. The fact that it refrained from doing so – that the main leads do not end up together – is testament to the sensible storytelling that rears its head in the Pakistani drama-scape now and again.

It’s unfortunate that a multitude of TV dramas perpetually veer towards unfathomable conclusions just in order to wrap up with a ‘happily ever after’. There are myriad stories in which kidnappers, abusers and stalkers have repented midway through the storyline and by the time the drama ends, they are absolved of all their sins and allowed to be with the woman that they may have tortured at one point, but ultimately fall in love with. These men may have had suffered for their sins, they may have won the audience’s sympathy but for them to end up living blissfully gives off the wrong message to the mass TV drama watching audience: that it is okay to abuse if you repent later and that the virtue of forgiveness in a woman will ultimately make all things well again.

TV dramas aren’t just followed by people living in urban centers; they are avidly watched by people in small towns and villages, the literate and the illiterate, men, women and children with susceptible minds. The wrong message, hammered out repetitively through TV’s influential platform, can lead to seriously debilitating consequences. Abusing and torture could be perceived as pardonable. 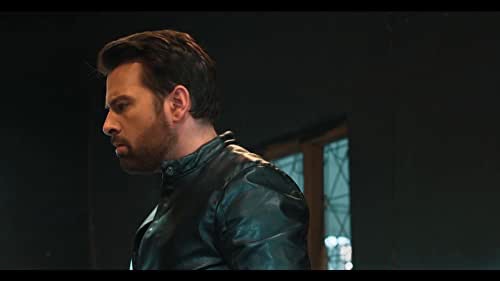 Chauraha was a drama that could have had made this mistake. The story centers around the misuse of social media as a peg with Zoya, a young college girl played by Madiha Imam, getting fixated with her brand new smart-phone and revealing far too much about herself on her public social media account. Junaid, a brooding, sneering bad boy enacted by Mikaal Zulfiqar, zeroes in on her, pretends to be a girl and befriends her and proceeds to kidnap her, assuming that her family is well off and will be able to pay a heavy ransom to get her back. When it turns out that Zoya had, in fact, merely pretending to be living an affluent life and lives with her widowed mother and unmarried Phuppo, Junaid leaves her at her home – but not before he and his aliases have threatened and mentally tortured her for three days and not before Zoya’s neighbors have started gossiping about her whereabouts.

The story twists through a number of turns – chaurahay – and laced within the narrative are multitudes of lessons: the quick judgments passed over single women, the hypocritical favoritism directed towards boys, the unnecessary restrictions placed over women and above all, the dangers of putting out too much personal information on social media.

Over time, Junaid realizes the error of his ways. He suffers endlessly, cries often and perceives that every trouble that falls upon him and his family is retribution for his past sins. Eventually, he goes to jail. Zoya finally manages to shake off the ill will and slander that has plagued her life. She moves on and gains success in her career.

Lo and behold, Junaid returns in the very last episode. He gets forgiven. And while he had once in the past told Zoya that he has fallen in love with her, he now asks her again if the two could leave the past behind and spend the rest of their lives together.

Zoya asks him if Junaid had been in her place, would he have had agreed to such a union? He replies, no. “Then how can I?” she says, walking away from him. 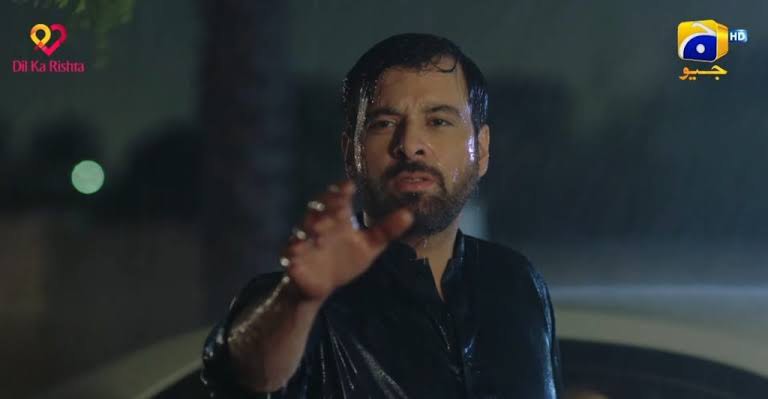 It’s an apt ending – a sensible one, a very real one.

Producer Abdullah Kadwani weighs in, “A drama can have a typical ending or a realistic one. This drama delivered so many important messages. It was very important that the ending was realistic.”

Chauraha’s director Aehsun Talish says, “The ending had to be this way. Would any girl voluntarily agree to be with a man who had devastated her in such a way? Her life took a 180 degrees turn, her mother had to end up marrying, her aunt died and she endured so much pain just because of him. How could she agree to spend her life with him no matter how much he repented? She leaves him. She even leaves the other man who wants to marry her because he isn’t strong enough.”

He continues, “The final scene was a difficult, very delicate one. When Madiha asks Mikaeel what he would have had done in her place, we wondered how he should react. Should he laugh a little bit? How should he react? It was a powerful ending.”

In fact, Chauraha has been a powerful drama through and through. The story is an interesting one but it isn’t typically commercial. While it definitely drives home a number of morals, it refrains from sermonizing – a form of storytelling that 7th Sky Entertainment tends to adopt with great expertise. 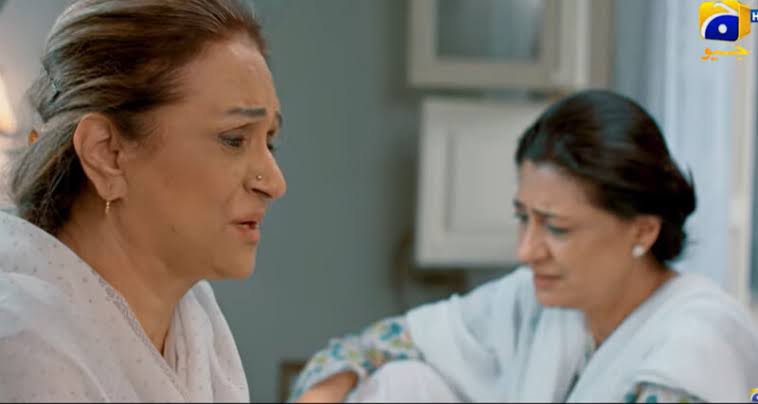 The ensemble cast is a very strong one. Mikaal Zulfiqar plays his role very well, transitioning from the villain to the man who wants to make amends. The story has particularly rested on Madiha Imam’s performance and the young actress truly proves her mettle as the young frivolous girl who is forced to grow up due to cruel twists in fate.

A different story and unique content. The drama has wrapped up without a typical happy ending but it is certainly a better one and a memorable one.

Deciphering the success of Tere Bin with director Siraj-ul-Haq