The title is poignant: ‘Khaab Toot Jaatay Hain’ and it can be said with certainty that the story’s subject matter is moving too. Centered around the fall of Dhaka in 1971, the upcoming TV series narrates the memoirs of a Bengali professor, Dr Syed Sajjad Hussain, who endured the travails of the war between East Pakistan and West Pakistan.

Geared to be aired on the HUM TV Network, the four episode mini-series marks the debut of Behive Transmedia, helmed by director Mohammad Ehteshamuddin and actor Bilal Ashraf. The story is based on the professor’s memoirs, The Wastes of Times, scripted for TV by Amjad Islam Amjad and directed by Ehteshamuddin. Ehteshamuddin will also be seen in the titular role, joined by an ensemble cast that includes Nadeem Baig, Noor Ul Hassan, Saleem Mairaj and Mohammad Ahmed.

“The professor was the vice chancellor of Dhaka University and in 1943, before partition, he used to take out a newsletter titled ‘Pakistan’ which is why he was always labelled as a supporter of Pakistan,” says Ehteshamuddin. “In East Pakistan, it was generally believed that he would never support breaking off from Pakistan. When Dhaka fell, he was supposedly murdered and thrown away. Only, he managed to survive and was hospitalized. Following this, he was imprisoned and it was during his time in jail that he wrote his memoirs. In 1973, he was released from jail. He went on to live in London for his fellowship and then taught at a university in Saudi Arabia. For an extensive period in his life, he lived abroad because he was considered a traitor in Bangladesh.”

“In 1995, the professor returned to Bangladesh. He died there and got his book published there,” continues Ehteshamuddin. “His book voiced his opinion on the fall of Dhaka and how the bifurcation of Pakistan should not have taken place. He had no agenda, no contact within Pakistan urging him on and he was simply expressing his personal observations and experiences. I strongly felt that it was a narrative that had to be told.”

“All his ancestors had been from Bengal and he truly belonged to the land. Yet, he was against the partition.”

With an impressive cast and a veteran writer on board, the series may have all the necessary ingredients for a story well-told. However, why is there such a sudden influx of stories on the 1971 war in Pakistani entertainment? Recently, Bilal Abbas and Sajal Aly starrer ‘Khel Khel Mein’ focused on the Pak-Bengal partition and several other projects have also been announced and are currently in the making based on the same topic.

“This the 50th year since the fall of Dhaka,” points out Ehteshamuddin. “It’s also perhaps coincidence that all these projects got announced one after the other. There have been many times when we want to tell particular stories but haven’t gotten the permission for it. Now that we have gotten the permission to tell this particular story, a lot of us have gotten on board.”

Bilal Ashraf further points out, “1971 may be particularly in focus right now because it has been 50 years since the war. It is part of our history and there is a lot about it that people know and don’t know and there are a lot of perceptions, some true some untrue. I think that mistakes were made on both sides and we are just showing one side to the story. I am not saying that it’s the right side of the wrong side but it’s one perspective, based on the memoirs of a Bengali professor.”

Why did Behive opt for such a grave, historic topic for their debut production instead of toeing more commercial, light-hearted lines? “I think that the world is changing. Covid, the rise of OTT platforms and cinema has made the audience more attuned to new storylines that were once not considered typically commercial,” observes Bilal. “There is no set rule as to what an audience will and will not want to see. At Behive, we want to explore new topics rather than the usual saas-bahu storylines, show them to the audience and they can form their own judgments and opinions.”

Bilal continues, “Recently, I worked in the telefilm ‘Aik Hai Nigaar’ which explored an unconventional story but was still appreciated by audiences. With ‘Khaab Toot Jaatay Hain’ we are dabbling with the format of seasons for the first time in Pakistan. I would like to thank the Hum TV Network for believing in us and taking the series on board. Many others would have worried that it wouldn’t be financially viable but how will we know that until we try it?”

“There have been many times when Pakistan’s entertainment industry has worried that certain global OTT platforms are not taking us on board but on the other hand, we can just keep building up our own content, showcasing our talent and our production standards and airing it on our TV channels.” 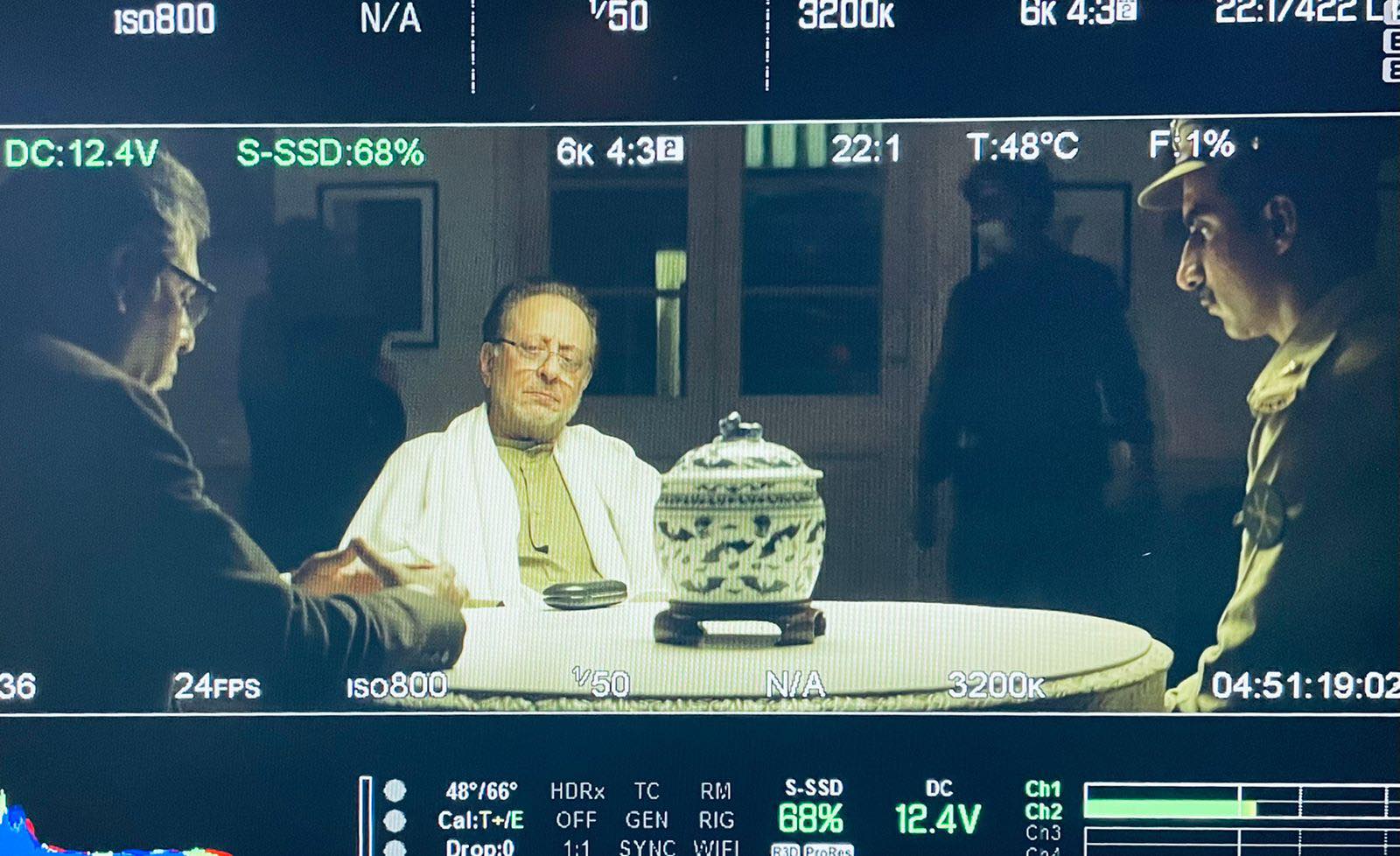 Why hasn’t Bilal acted in ‘Khaab Toot Jaatay Hain’ and will we see him acting in future Behive products? “Certainly you will and there are certain projects in the pipeline,” he confirms, “but in the case of this project, there was no place for me in the storyline. We really want to highlight new talent with this production company, both on and off the camera. In this series, Ehtesham is brilliant as are the other veterans like Nadeem Baig, Saleem Mairaj and Mohammad Ahmed. At the same time, you will be seeing some immensely talented new actors from NAPA like Sunil Shankar and Kulsoom Aftab. Honestly, for me, to see them performing was a far better high than me acting in the series.”

“I think that our youth needs to know about what happened,” says Ehteshamuddin. “We will be depicting one narrative related to the ’71 war. There are many others. Audiences should watch these stories but then do their own research and reading and draw their own conclusions. And then, they should utilize this lesson in history to learn from it so that the same mistakes don’t get repeated again.” The mini-series will be the first of its kind, refraining from a 20-plus episodic drama format and instead, culminating in four episodes. ‘Khaab Toot Jaatay Hain’ is expected to premiere by the end of this month or by January 2022.