Pakistani fashion has a penchant for royalty. Designers are often proclaimed as kings or queens. It could be traced back to our colonial roots and a subconscious affinity for the British Raj that once ruled over our ancestors. It could be a marketing ploy, utilized by designers to entice clientele who are drawn by grand titles. It could be a sycophantic need amongst certain critics to befriend the ‘fashion set’ and be part of their exclusive, glittering circles by pleasing them with imperial affiliations.

I do think that it could also possibly be because of a limitation in vocabulary which induces the extensive usage of the words ‘king’ or ‘queen’. There are other words that may be harder to understand although their meanings are so much more impactful. Some adjectives that I like using are ‘power player’, ‘gamechanger’, ‘master craftsman’, ‘visionary’ or even ‘wizard’. These words actually depict the designer’s merit while a king or queen may merely be a figurehead. But for the random individual on Instagram, checking out a new brand, or someone surfing through television and pausing to watch a fashion show, the royal titles, perhaps, stand out more easily.

Consequently, designers – new ones particularly – tend to make a beeline to declare themselves as royalty. They will be ‘king of color’, or ‘king of cuts’, or ‘queen of prints’. The titles will be a significant part of their introductory press release or the monologue spoken out before they showcase their collection at fashion week or placed in hashtags on their Instagram posts.

Why does the designer psyche have such a fondness for imperialism? I decided to ask some of the designing fraternity’s most famous. Over the course of their careers, they may or may not have taken on titles for themselves but every now and then, they have been proclaimed to be royalty: ‘king of color’, ‘queen of print’, ‘king of couture’ … here are some of the people who were associated with these titles before anyone else in the country!

I started with Rizwan Beyg who has just been awarded the prestigious Tamgha-e-Imtiaz, an accolade that I do feel surpasses kingly references. “These titles don’t really mean much,” he says. “People won’t come to buy from you because you call yourself a king or win an award or even get awarded a Tamgha-e-Imtiaz. It’s your work that counts. And the best compliments are those that people give you rather than those that you choose for yourself.” 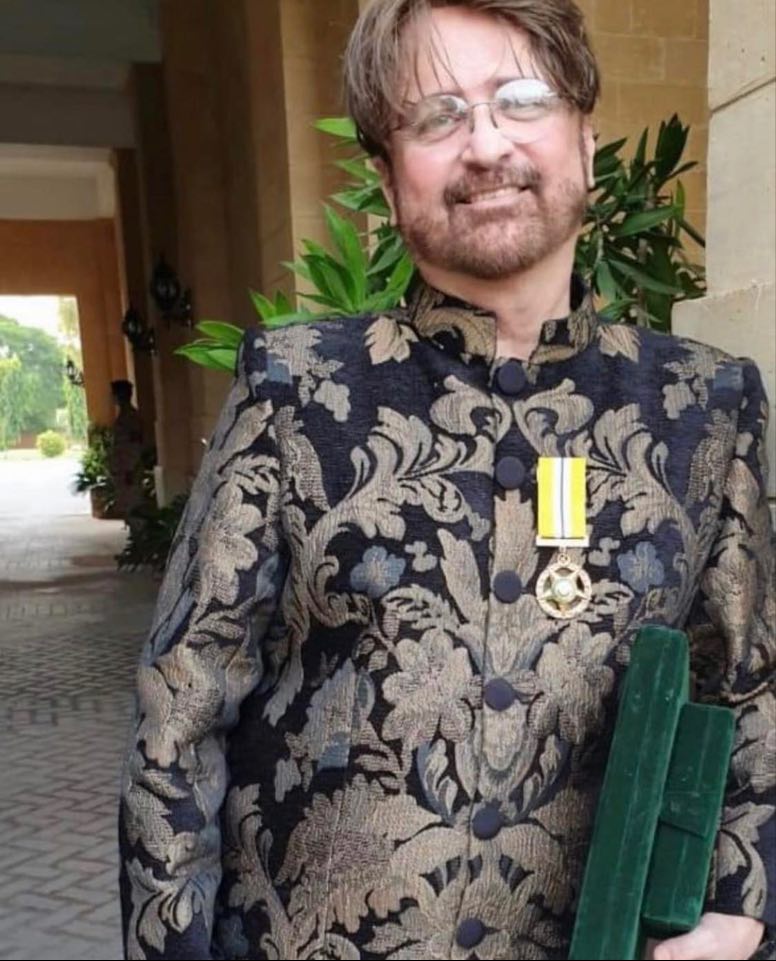 Would you rather win a Tamgha or be king?

Rizwan Beyg with the prestigious Tamgha-e-Imtiaz, awarded to him in recognition of his social work with the artisans of interior Punjab

Faraz Manan has a philosophical outlook towards associating himself with royalty: “I don’t want to be called king simply because it sounds so temporary. I love my job and it is a lifelong passion for me. I don’t want to be slotted as number one because tomorrow, someone else will be called the same. Everyone has their own niche when it comes to designing.” Faraz Manan is not a king but he does have some very fancy friends!

Maheen Khan has similar thoughts: “There’s no number one when it comes to designing. It’s all very objective. I think we tend to be very status conscious in Pakistan and that can end up making megalomaniacs out of us. Also, I do understand that when a designers coin themselves as kings or queens, it is their misguided way of marketing themselves.” Designer Sonya Battla, cited as the ‘queen of cuts’ for some of her collections, recalls, “Back when I started out, designers would be given titles by fashion critics and publications. It was always a great compliment when you were recognized by your expertise in a certain area of designing. Perhaps a lot of new brands just enjoy taking on titles for themselves but what’s the sense of achievement in that?” 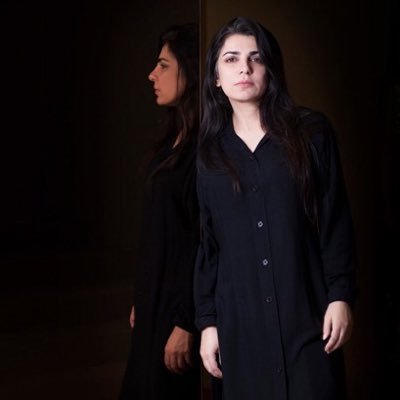 ‘Queen of cuts’, they call her

Elan’s Khadijah Shah observes, “It’s very presumptuous for a designer to give himself or herself a title. When we do good work and it gets appreciated, sometimes people give us titles. And I think young new designers sometimes just want to be associated with the same caliber of work which is why – instead of earning the accolades – they just declare themselves as king or queen!” 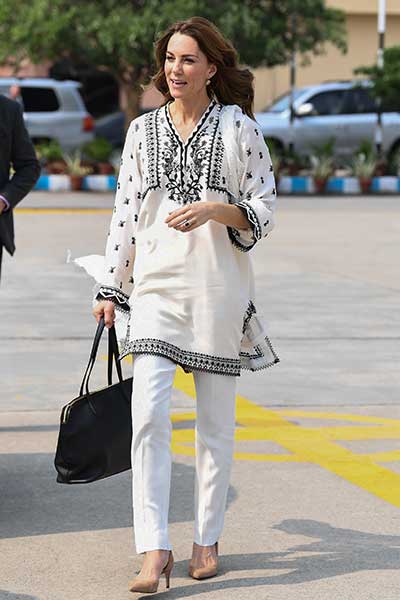 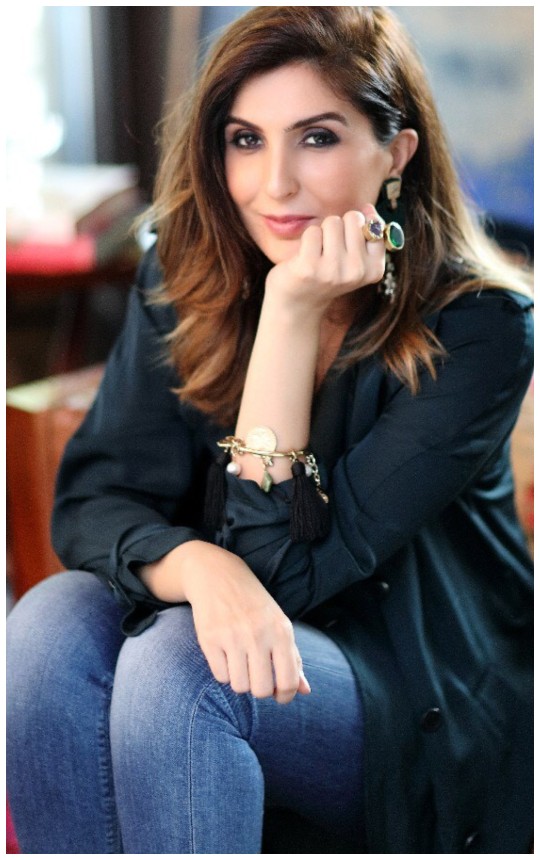 Throwback to last year when Khadijah Shah, also, dressed a princess. I have heard Khadijah being referred to as ‘queen bee’ but she says that she’s never used the title for herself!

Kamiar Rokni is quintessentially witty: “I would find it mortifying to refer to myself as a king or a queen or a duke. If I truly was a prince, I would call myself one. But I am merely Kamiar Rokni who makes clothes. I think when one is younger, one still gets inclined towards such proclamations but the older you get, you realize that there is greater dignity in being more discrete.” He may not be a prince but he still hails from a prestigious lineage and mulling over it, he adds, “Technically from my mother’s side, I’d be a sardar but I am even too embarrassed to call myself that.” ‘Sardar’ Kamiar Rokni is such a rockstar!

Ali Xeeshan smirks and points out that fashion, after all, is not a country. “There is no fashion dynasty or throne that a designer sits in. As a designer, I don’t want to be part of a rat race. I’d rather think of a title for my new collection than for myself. Social media has actually ensured that things are so much more democratic now. Anyone can reach the same audience than all these kings and queens.” 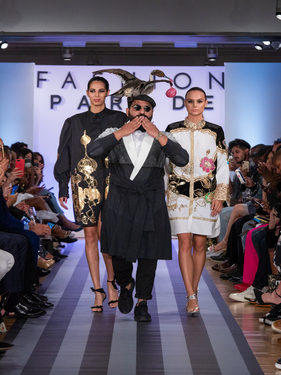 Fun question: why wear a crown on your head when you could wear a rooster or a duck? 😉

And I had to reach out to HSY, aka ‘King Of Couture’, according to his Twitter handle. Shero, of course, has always reveled in the title! “I haven’t really given it much thought,” he laughs. “Back in 2007, Harper’s Bazaar declared me to be Pakistan’s ‘new king of couture’ and that very year, I got nominated for the Lux Style Awards and some of the critics described me in a similar way. A few days later, I was making my Twitter handle and my name wasn’t available. So, on impulse, I used the handle @COUTUREKING. But since then, so many publications have called me ‘King of Couture’ all on their own. Sometimes, when my name is announced at a show, the title is used to introduce me.”

“I love it and the title stands out. It’s also great marketing.”

Larger than life and ruling the social circuit, there is something very regal about HSY. But personally, I’d like to say that he creates opulent clothes, wields drama, spins stories in his shows. HSY, staring out at the world imperiously

A king, after all, could merely be a figurehead. Besides, there are too many self-proclaimed monarchs marching around in the desi fashion sphere. It’s all gotten a bit ubiquitous. There are so many of them just on Instagram.