The Hum Style Awards (HSAs), I feel, have been quite adept at sidestepping the coronavirus pandemic. The last major star-studded event to take place before the pandemic wreaked havoc had been the HSAs in 2020. Not knowing that soon, face masks were going to become absolute essentials, the star-studded audience had filed in, dressed to the nines in their designer-wear. The red carpet had buzzed, there had been selfies, on-stage dances and some of the country’s biggest stars seated in the front rows. 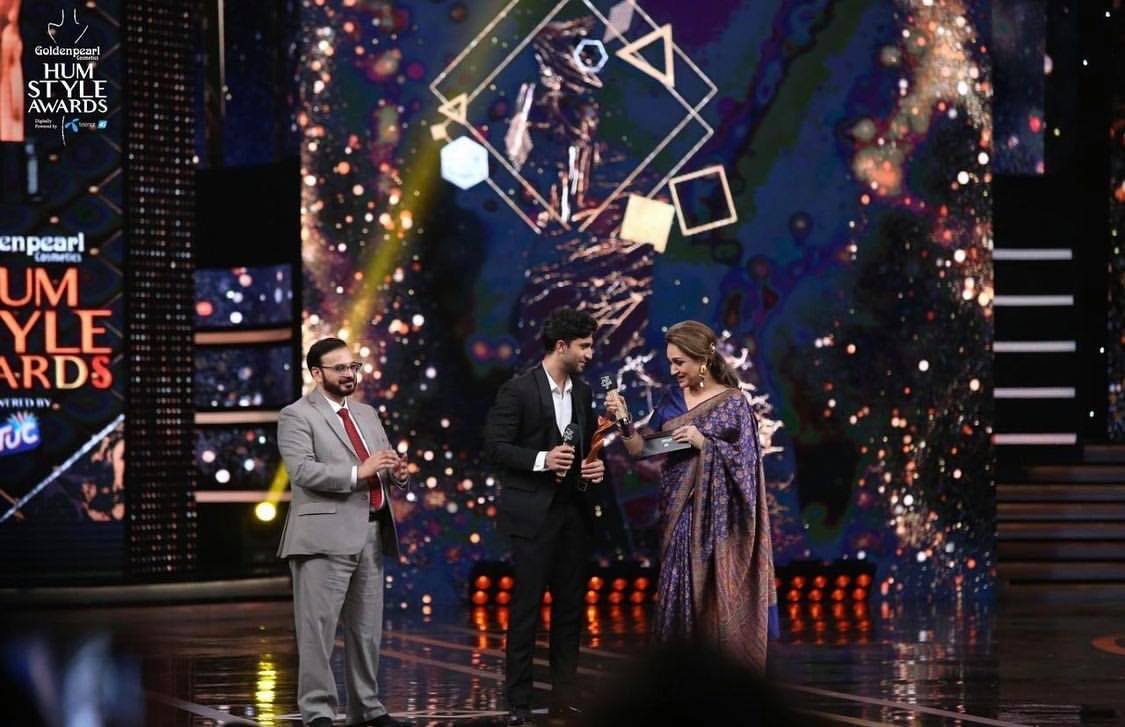 Back when there were no masks! The Hum Style Awards last year

A few weeks on, we were isolated in our homes. Fashion weeks went online and the next major awards event – the year’s Lux Style Awards – were relegated to virtual announcements of the winners and TV coverage. A little more than a year later, having battled anxiety and ridden the multiple waves of Covid, the Hum Style Awards are back – the first major awards ceremony to be taking place in a long, long time.

It’s no wonder that there’s so much buzz surrounding the event. An event of such magnitude hasn’t taken place in a while. Add to this the fact that last year’s HSA’s delivered very well on entertainment – my particular favorite had been Abrar-ul-Haq’s energetic bhangra numbers – and expectations are running high. Moreover, in a few short years, the HSA’s have become well-established in Pakistan’s yearly entertainment calendar and have a reputation for springing out some unpredictable results. The nominees all tend to turn up – you never know who’s going to win. Also, the fact that the event combines entertainment’s many branches – fashion, music, TV and cinema – into a single ceremony ultimately ensures plenty of celebrity attendance. Son o’ the soil, superstar – no one quite like Abrar-ul-Haq. My favorite performance from last year’s Hum Style Awards

Counting down to the HSA’s, what do we know about the event? Designer Munib Nawaz is playing red carpet host while Ali Safina will be the frontman digitally. The main hosts for the ceremony will be Ali Zafar and Urwa Hocane. Ali has hitherto played host to plenty of awards ceremonies but the HSA’s will see him returning to the awards stage after a break of about five years. According to Ali, he has worked with the show’s scriptwriter to give his on-stage banter an entertaining spin. Personally, I just hope that he sings one of his recent OST’s for dramas unplugged – the ‘Chupke Chupke’ title song, preferably!

The performances scheduled to take place include HSY and Resham grooving to hit Punjabi songs. Aima Baig and Alizeh Shah will be performing and the show will start off with some relatively new – but exciting – names, Abdullah Siddiqui and Risham Faiz Bhutta.

An announcement related to upcoming movie ‘Dum Mastam’, produced by Adnan Siddiqui and directed by Mohammad Ehteshamuddin, indicates that the movie’s lead cast, Imran Ashraf Awan and Amar Khan are likely to be in the audience. The audience, generally, promises to be a mix of fashion and entertainment. The nominees are mostly expected to turn up – based on the buzz preceding the event, no one has any clue as to who’s winning!

Stylists Amal Qadri and Mehek Saeed are on board officially but, as an insider remarked, red carpet miracles can’t always be expected. Sequestered away from the spotlight for ages now, a lot of stars may opt to go all out which basically means that they may opt for shimmery, not very well-fitted ‘goans’ (aka gowns). Considering that these are ‘style awards’, and that the nominees do include some very fashionable people, one can hope for at least some savvy statements. Addressing the lumbering, hard to ignore elephant in the room, is it safe to stage an awards ceremony with the coronavirus still at large? According to the organizers, the audience at HSA’s has been sized down considerably and many of the people attending and participating are now vaccinated. Still, perhaps for some time, it will not be entirely safe. Perhaps, for a long time the only way to keep things going will be to wear masks and sanitize rampantly.

When the going gets tough, the tough must mask up, sanitize and get going. That’s what the HSA’s are doing, taking a tentative step back to the time when an awards show could be awaited with great anticipation. The HSA’s were the last major event to take place in pre-Covid times and now, they’re the first ceremony to take place despite the pandemic. Here’s hoping that everyone stays safe so that this HSA could lead to many more.

Review: All that you need to know about the Tich-Button Joyride!