If you thought your family tree was complicated and hard to understand, you should meet Shamoon Abbasi and Javeria Abbasi. The couple, who share a daughter, had been married for ten years before parting ways. But that’s perhaps the most normal part of this entire situation.

To make things even more complicated, they share a biological sister Anoushay Abbasi. If you’re confused, you’re not the only one. Javeria, who came on as a guest on Nida Yasir’s show, admitted that “people get really confused with this story.” She explained that “the rest of our siblings were from our mother and father. That’s why people get really confused whether Anoushey Abbasi is my sister or Shamoon’s. She’s both.” To add to the already complicated mess, Javeria admits that her mother was more of a mother in law than her mother. She says that she “had it worse” because her mother was on a mission to prove that her daughter was the best. She also explained how she had to move out of her house and move into her uncle’s house so that she could get married back into her house. Confusing, we know!

What is this desi game of thrones??? pic.twitter.com/I684yjhD47

Some people were beyond confused:

Others were a slight bit disgusted:

Some didn’t understand the concept of step siblings and confused it with half siblings:

Some even tried to map out the family tree:

Here's a fun lil trivia for u pic.twitter.com/0SwgChgSdP

i thought my life was complicated but Javeria Abbasi’s ex-husband was also her step-brother, so we good i guess 😬

While the two weren’t biological siblings or related other than their parents getting married, their marriage is certainly very weird. And you gotta hand it to Nida Yasir; her Shaan-e-Suhoor Ramzan transmission on ARY Digital has certainly been making for some very interesting entertainment! 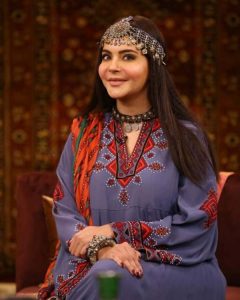