Pakistani dramas have undergone a pivotal shift since the PTV days, and not all of it is bad. Some of the changes have been positive, leading to kyrocketing TRPs, but some elements are problematic. The extensive sensationalization, twisted characters, regressive and negatively skewed narratives, are some of the things that can use a little tweaking.

Let’s have a look at some of the things we wish Pakistani dramas can get rid of to further improve the craft:

In case you didn’t know, harassment and stalking are not heroism!

But so many of our dramas have done the unthinkable by dubbing stalking as cute or a sign of pure love. We can list quite a few dramas but we will leave you to think of some yourself.

Uff, can we put an end to these masoom, clueless, naik parveen type heroines, who happily give up everything for sake of others? I mean we all know that no one is that perfect, so stop exaggerating please?

There are talks about straying from gender roles in content but most of our dramas seem to only thrive on gol rotis and majazi khudas.

The Negative Portrayal of Women

Want to know the formula for success? According to a lot of drama producers, it is simply by making women look bad!

In Pakistani dramas, everything that goes wrong is somehow a woman’s fault because she couldn’t be a good bahu, good beti, or good wife. All the while her good-for-nothing male counterpart is excused, simply because he was naive or well, because he was a man. 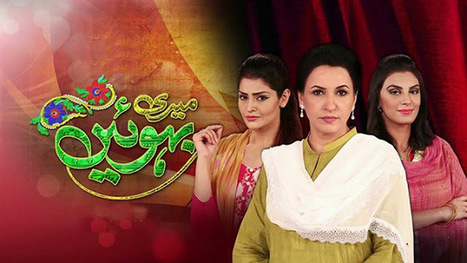 Pakistani dramas vehemently advocate the “boys will be boys” mantra all the while demeaning women in every possible way. There are common messages that can be found in almost every drama implying that if a woman tries to take control of her life it always ends badly. Umm … not really!

Slaps and Other Forms of Domestic Abuse

Drama makers can’t seem to get enough of adding masala by subjecting women to domestic abuse. Some dramas really overdo this. It makes us wonder if the actors get tired of pretend slapping. We certainly are tired of watching it!

Dialogues are a strong player in making a drama hit but can we strike out the derogatory implications, please?

Dramas tend to imply that the sole purpose of a woman’s life is to get married and if God forbid they are unsuccessful in doing so, they are a massive burden on society.

It would be nice to look beyond the shaadi dynamic and highlight some other interesting aspects of life. There are so many and if K-dramas can do it so can we!

Some dramas thrive on flashbacks and we can’t help but ask, but why? Sure, flashbacks make sense sometimes when they show something that wasn’t shown earlier, but a repeat telecast is a complete no, no!

Women in Pakistan have transcended barriers and we have so many role models in real life. However, so many of our dramas still  thrive on depicting women as weak damsels in distress.

Exaggerating situations in dramas is a norm. Even the smallest glitch becomes a zindagi maut ka masla.

Dramas take marriage and divorces so lightly with heroes often going around marrying multiple times,  like it’s a walk in the park! Yahan aik dafa ho jaiy bari baat hai but in Pakistani dramas, the boys and gals don’t seem to get it right the first time around. There is a messy divorce, heartbreak or an unhappy marriage happening in every drama.

Don’t get us wrong, we love our Pakistani dramas which is why we want more from them. We can’t help but point these plot points that have been used a thousand times now. A change would be nice, what do you say?