In the drama ‘Bakhtwar’, airing on the HUM TV Network, the initial two episode are rife with enough tragedy to make a person enduring it go mad. Bakhtawar, the drama’s female lead and its namesake, sees her sister getting married by force, bears the insults of a drug addict father, consoles a perpetually sad mother, fends off a toxic uncle and aunt, escapes a forced marriage, runs away in secret, sees a friend get murdered, has her bag snatched, nearly gets lost in an unknown city, is almost tricked by her mother’s friend and constantly has to fend off lascivious advances and taunts.

That’s a lot for one young girl and her scared mother to bear. That’s a lot of sadness to inject into merely the beginning of a drama.

However, Bakhtawar the drama, having just aired its fifth episode, rests on the capable shoulders of two exceptional actresses; Yumna Zaidi in the main lead and Huma Nawab as her mother. The ensemble cast seen on TV so far includes veterans like Adnan Shah Tipu, Saqib Sumeer and Fazeela Qazi as well as TV’s latest hero, Zaviyar Naumaan Ijaz. The drama is directed by Shahid Shafaat and produced by Momina Duraid. It’s quite an impressive team and they make sure that their story doesn’t dwindle into a sob-fest.

Woven within the drama are plenty of lessons, with the focus particularly being on the travails faced by women. One after the other, the messages get hammered on, scene after scene: how girls are not allowed to study because it would make them too independent, how a working girl is considered to have no morals, how a childless woman is considered inferior, how a woman may lose her life if she refuses a marriage proposal, how a woman is judged and how she has to fend for herself even when she is completely shrouded in a veil, as is Bakhtawar. 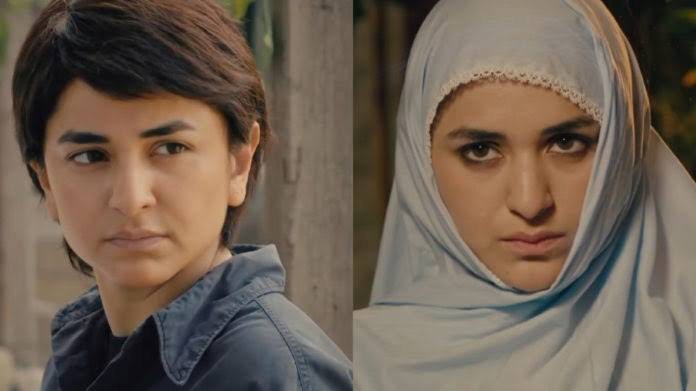 It would be all quite hopeless except that Yumna Zaidi’s Bakhtawar is a girl of strong spirit. She squares her shoulders and glares out at the world. And when she gets tired of being considered inferior because of her gender, she snips off her hair, wears men’s clothing and steps out into the world as a young boy, christening herself Bakhtu. She cries – who wouldn’t with a life like hers? – but she quickly hides away her tears.

“Bahadur toh hona hee paray ga,” she tells her mother in a recent episode, after awakening from a nightmare.

It is her refusal to succumb to societal pressures that makes Bakhtawar special. It also makes the drama a very different one, a powerful one, aimed towards improving attitudes towards women amongst the mass audience that it is reaching and staying away from the endless terrain of sobbing females that get slapped about. 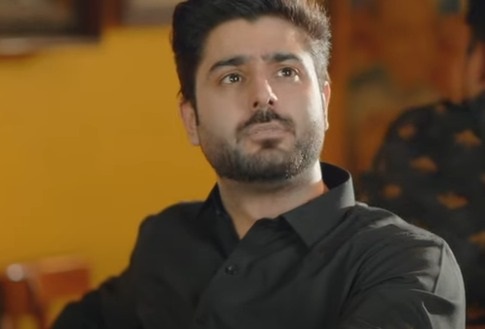 There are also hints of a romance that are beginning to add a lighter element to the story. Bakhtu, after weathering a job at a chaye dhaba, gets enlisted as a personal assistant by Malik Dilawar, the son of a powerful politician with no political aspirations of his own. Dilawar has returned from studying abroad and believes in education for the poor, equality for all, being kind, helping the poor – all praiseworthy sentiments that are completely in contrast to the maneuverings of his father. He is friendly with Bakhtu, encourages him to study, not knowing that the girl pretending to be his young office boy is quickly getting smitten by him.

There are more side-plots woven into the narrative. A neighborhood ruffian is keen on getting to know Bakhtawar and shows signs of becoming problematic as the plot unfolds. The landlords of the flat where Bakhtawar lives with her mother are a bit too curious about them – the wife wonders about their past, the husband is on the verge of extending a marriage proposal to Bakhtwar. Bakhtawar’s uncle continues to try and hunt her out.

Huma Nawab acts well as does the young Zaviyar Nauman Ijaz. Adnan Shah Tipu is impressive even in a relatively small role. This is, however, Yumna Zaidi’s drama, more than anything else. The pixie cut of the boyish Bakhtu suits her but moving beyond that, Yumna’s performance is extraordinary, switching from the girlish Bakhtawar to the young boy Bakhtu. She walks and talks differently when a boy, squirms ever so slightly – but not too visibly – when Dilawar pats Bakhtu on the shoulder, sits rigidly on her neighbor’s motorbike and scared within but refuses to quail even as obstacles keep crossing her path.

She speaks with her eyes, facial expressions, body movements; a young girl registering for admission in a university in one scene and a boy going off to work in the next. A memorable performance, an award-worthy one.

These are early days, though and Bakhtawar’s story has only just begun. The fact that the story is inspired by a true one makes it all the more poignant. But will the drama continue to unravel at a fast pace, dwelling not overlong on the tragedies that seem to be an essential part of the lives of poor Bakhtawar and her mother? Will it refrain from celebrating toxicity and stay true to being a story that inspires young women to take a stand for themselves? Will it also traverse a sweet, forbidden romance between the kind-hearted Dilawar and the girl in his office dressed like a boy?