It’s a dialogue that rings true but also makes one smile. Khajista is addressing her domineering uncle and elder cousin, playing with words in order to convince them to let her pursue higher studies and become a doctor. Wide-eyed, with a carefully contrived innocence, she slowly tries to win them around. This isn’t an easy task. It is an accepted notion within the family that girls do not to study beyond basic school. They are disrespecting their family honor by leaving their homes, their tribal villages and going to the city to study at colleges and universities. Their duty is to stay within their boundary of their house, learning their way around the kitchen.

This has been asserted again and again in the initial episodes of the drama; by Khajista’s doting but fretful aunt, played by Munazza Arif, her uncle enacted by Rehan Sheikh, her supportive elder cousin played by Syed Jibran and his possessive, depressed wife played by Momina Iqbal. More than anything else, commentaries on honor – and how Khajista is on the verge of violating it – are a constant part of Darakhzai’s rants, Khajista’s fiancé and cousin, living in the same house as her, perpetually jealous of her obsession with books and lack of interest in him, sneering, ranting, even fretfully praying at a mazaar that she doesn’t succeed in her admission test for medical school. Ahsan Khan plays Darakhzai and wearing Pathani kurta shalwars, a gun carelessly slung over his shoulder and a pair of sunglasses perched on his nose, he emulates the regressive-minded, cantankerous young man with ease. It is very obvious that Meray Humnasheen is going to be a narrative that will focus on the need for girls to be educated. It is also likely to negate the archaic notions of honor still upheld across Pakistan, especially in the tribal mountainous region where this particular story has been placed. There will be more, though. Khajista will, of course, get permission to study in medical school in the city, ignoring Darakhzai’s very obvious disapproval. There, she will encounter the fine, upstanding Dr Haadi, played by Shehzad Sheikh. Of course, they will fall in love and rouse the ire of Khajista’s family.

Other characters are also primed to put a spanner in the works of their romance: Khajista’s bhabi, wedded to her elder cousin as repayment for a tribal murder, ignored by him and deeply jealous of Khajista’s bond with him; Hadi’s brother Hassan, a no-good, deeply complex, very bratty boy already established as a troublemaker in the first few episodes; Sanober, living in Khajista’s tribal neighborhood with a very obvious crush on the tempestuous Darakhzai. 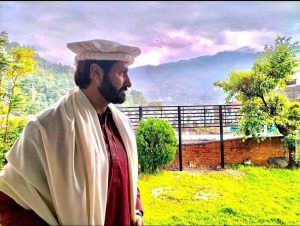 There have, of course, been many other dramas that zone in on the archaic traditions that continue to rule over the lives of tribal families, particularly the women. The storytelling, however, is what makes a drama riveting. Meray Humnasheen, for one, has been filmed beautifully, the mountains setting majestic backdrops to many of the scenes and overhead cameras often spanning scenic expanses of lush green valleys.

Then, there’s the acting. A motley crew of very fine actors forms the drama’s entourage, speaking in thick Pathani accents that they have probably worked hard to make believable. The Pathani family is particularly interesting; Syed Jibran is the brooding hero tortured by the past, Momina Iqbal is the woman trapped in a loveless marriage and Munazza Arif, the maternal figure preaching tradition while also, perhaps, a bit troubled by it.

Hiba Bukhari looks beautiful and acts exceptionally as the determined Khajista. Ahsan Khan is brilliant, perfecting the swagger and hot-headedness of the scheming Darakhzai. This drama, yet again, proves that Ahsan is far more in his element playing nuanced characters rather than uni-dimesional, predictably good heroes. Give him a bad boy with shades of comic humor to him and Ahsan will shine in the role. 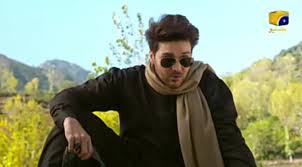 However, one hopes that Darakhzai doesn’t turn out to be entirely evil the way Ahsan’s character in last year’s Qayamat ended up being. For now, Darakhzai is obnoxious and regressive to the core, but there is a ridiculousness to him. He dances clumsily, playing loud music, so that Khajista can’t study. He tears up her notes and then lies about it. He wants to stop her but when the elders in the house give her permission, he walks out in a sullen huff. Ahsan’s villain in Qayamat was also similarly comical in the beginning. Should Darakhzai’s negative, but somewhat silly, traits transform to all-out evil, Ahsan’s character may end up looking repetitive. Whether this does happen depends on how Ahsan plays the role and on the story itself.

Director Ali Faizan and writer Misbah Ali Syed have done a fine job in the initial episodes. The drama doesn’t drag, every scene looks beautiful and the character development is well-structured. Producers Abdullah Kadwani and Asad Qureshi’s touch is also evident – the 7th Sky Entertainment duo have a penchant for telling stories with underlying messages and Meray Humnasheen is very clearly going to be focusing on women’s rights, amped up by a characteristic attention to details.

Hopefully, the moral will remain layered within the story, rather than become an all-out sermon. The drama’s off to a promising start.