This Ramzan, a drama called ‘Chupke Chupke’ steamrolled on to TV and set a new benchmark for comedy in Pakistani entertainment. From a vantage point, the drama had all the familiar tropes of a Ramzan ‘special’ sitcom, aired everyday all through the month. It was a romantic comedy traipsing through family politics and cousin marriages with plenty of squabbling about before the story tied up, into a happily ever after. On closer scrutiny, however, there was much more to ‘Chupke Chupke’.

There were jokes that were truly witty, moving well beyond the senseless slapstick that characterizes present-day TV comedy. The ensemble cast was exceptionally talented, adding shades to roles that would otherwise have become basic stereotypes. The episodes were fast-paced, barely dragging, which is rare in TV dramas. In ‘Chupke Chupke’, the story moved on, from one scene to the other, one ridiculous situation running into the next one, wisecracks getting delivered full-throttle, barely even lagging and very, very hilarious. Osman Khalid Butt, the main lead in the drama, recently said to me that while shooting the drama, he did get the feeling that it would be a bit hit.

Ali Safina, who played Miskeen, a ghar damaad who was one of the most popular characters in the story, observed that the cast and crew knew that the drama would work, helped along by the fact that people were spending more time in their homes due to the coronavirus and therefore, watching more TV.

There were, however, many more shows airing on TV around the same time as ‘Chupke Chupke’. The fact that this one drama ostensibly stood out was due to much more than merely a Covid-induced lockdown.

It was very important to build the characters in a way that even when they were aggressive towards each other, they never appeared to be truly villainous. – director Danish Nawaz

It was truly difficult to zero in on a single scene in Chupke Chupke which was a favorite – there were so many, in every episode! – or decide upon a single character who was more endearing than all the others. So, I decided to ask some members of the cast and crew who their favorites were. In conversation with Mira Sethi aka the scheming ‘Gul’, Aymen Salim who has made such waves with her debut role as ‘Mishi’, Ali Safina the long-suffering ‘Miskeen’ and the man ingeniously puppeteering the show, director Danish Nawaz … 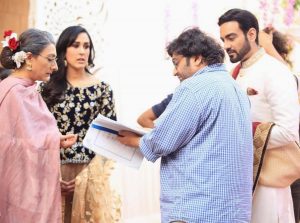 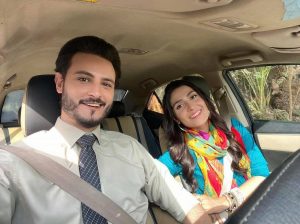 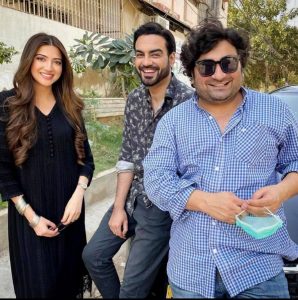 “It’s tough for a director to decide on a single favorite scene,” muses Danish. “I find so many scenes entertaining in every episode. There was one scene, however, which was particularly difficult to shoot. It was the scene where Faazi and Meenu (played by Osman Khalid Butt and Ayeza Khan respectively) got married. They were supposed to marry other people and then, eventually, they tied the knot. There was so much activity in that scene and it was so long that I was really alert while shooting it. There were other difficulties too. It was very important to build the characters in a way that even when they were aggressive towards each other, they never appeared to be truly villainous.”

Talking about his favorite characters, Danish recounts, “I think Miskeen was very cute. Mirchi was such a saucy, energetic little sister. And I enjoyed the brotherly bond between Haadi (played by Arslan Naseer) and Faazi. Haadi was a good brother, a great friend and he was in love with Mishi. I enjoyed all the shades to him.” 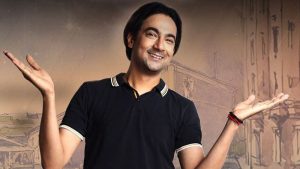 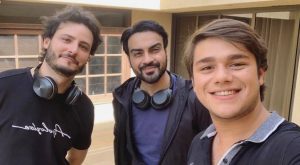 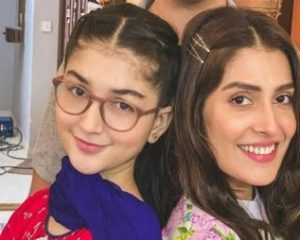 Did Danish know that ‘Chupke Chupke’ would be such a success? “I didn’t expect it to be such a huge hit but I did know that it was funny. Sometimes, you read a script and you find it so interesting that you keep reading it on and on. This was the case with ‘Chupke Chupke’.”

“I think one of my favorite scenes was the one in which Hadi and I are fighting in the garden,” recalls Aiman. “He tells Mishi that he has named her ‘Mushtaq Plumber’ in his phone and she retaliates and says that she will change his name in her phonebook to ‘Hadia Pedicure Waali’ because he’s just said ‘Mehboob Aapke Qadmon Mein’. It’s a very cute fight between the couple and we made the dialogue about the pedicure waali while at the shoot. This was the best part about being in this drama. We would discuss the scenes and improvise often with the dialogues. Everything just sounded more natural because the actors and director had often added their personal quips to the script.”

Did Aiman expect the drama to be such a hit? “The cast and crew of ‘Chupke Chupke’ were so good that I did have faith in it,” she says.

The young actress is apparently getting a lot of offers following her hit debut role. Are the characters getting offered to her similar to Mishi? “Surprisingly, I have been offered some very serious roles that are in complete contrast to Mishi. It’s exciting but there’s also the pressure to follow up a debut like this one with another role which proves to be just as successful.”

Ali Safina can be considered quite the comic sitcom veteran with a slew of hits in his repertoire including the ‘Dolly ki Ayegi Baraat’ series, the two parts of ‘Suno Chanda’ and now, ‘Chupke Chupke’. He understands the pulse of the audience which is why he knew that ‘Chupke Chupke’ would be well-received.

He did have certain doubts, however, about his character ‘Miskeen’. “After the very first episode was aired, I called Danish Bhai and told him that my character wouldn’t connect with the audience. But Danish Bhai was sure that even though Miskeen was the butt of most of the jokes, eventually the audience would forge an emotional bond with him. I didn’t want my hair to be the way it was in the drama and for Miskeen to be pushed around by the rest of the characters. But as the story proceeds on, people begin to understand the different shades to him. He is a ghar damaad who isn’t respected by the family but who is actually very important to them.”

Ali continues, “One of my favorite scenes from the drama is where Miskeen tells his wife Gul that she needs to take a look at herself in the mirror and realize that she couldn’t keep bullying her brothers and sisters. It’s one of the main scenes where he stands up to her.” Talking about his favorite character from the series, Ali says that – aside from Miskeen – it had to be Faaz, played by Osman Khalid Butt. “There was an art to playing him. He’s mature but he’s also a big-time softie. He is trying to ask for control in his own life but he isn’t able to get it. The very last episode of ‘Chupke Chupke’ showed so many arcs to him; the romantic side, the sadness. He has this bond of brotherhood with Hadi and a different dynamic with sisters. As an actor, a character like that, with so many different nuances, excites me.”

“My director Danish Nawaz did not allow me to inject humor into Gul’s character because he said that she was the sole source of all the conflict in the families,” says Mira Sethi, with reference to her enactment of Faaz’s bullying, manipulative sister, Gul. “He said that if Gul also started joking around, there would be no conflict left in the story. My favorite scenes, then, were the few in which I could make Gul appear a bit humorous. There was this one scene in which Gul and Roomi are trying to eavesdrop into Faazi and Meenu’s room and he suddenly opens the door and Gul gets sheepish. For once, she isn’t aggressive or assertive and asks Faazi if he wants tea. And then she covers her head and says that she is going to offer her Fajr prayers. It wasn’t a particularly meaningful scene but I really enjoyed it.”

Citing her favorite characters from the drama, Mira talks about Asma Abbas and Ali Safina as Bebe and Miskeen respectively. “I think Asma Abbas just seamlessly inhabited Bebe’s character and Ali used the comic margin allowed to him to great effect. I wish that Miskeen and Gul had had more romantic scenes but then, that’s just how the story was meant to be.”

She continues, “And no, I did not expect Chupke Chupke to be such a huge hit. I thought that as Ramzan dramas go, people would watch it but it trended in Pakistan as well as in India and Bangladesh and I am truly happy about it.”