In 2004, comedian Umer Sharif had been invited to host the Zee Cine Awards. He was asked not to make jibes at Bollywood actor Amitabh Bachchan who was seated in the audience. It was felt that Bachchan may take offence at having his leg pulled by a comedian from Pakistan.

When Umer came on stage, Bachchan was his very first victim. He lightly made fun of an Amitabh Bachchan movie he had seen, where the actor was acting opposite Jaya Pradha. The actor was seen laughing along with the rest of the audience. Umer Sharif always did have pluck. He was also extremely witty, often making impromptu jokes, raising his eyebrows and stating them in the droll, deadpan tone that was his signature.

The comedian’s demise has led to countless eulogies on electronic media lauding his comic timing, declaring him to be the ‘king of wit’ who bridged together nations – namely, Pakistan and India but also the world at large – through his humor, recalling his many, many witticisms. Truly, Umer Sharif’s contributions to the comic genre are legendary. It is also true that the many people applauding him today would often turned their noses at his ‘awami’, bawdy comedy. They may have laughed secretly when an Umer Sharif show turned up while randomly surfing through cable channels, maybe even chortled through a ribald dance where he would cross-dress, but many Urdu elitists couldn’t admit publicly that this homegrown comedian from a humble background in Karachi made them guffaw out loud.

Umer Sharif, I know, didn’t care much for this disdain. Why should he, when his fanbase was spread out across the world and he was showered with the love of millions? He never hid his roots and in fact, rejoiced in it, often making fun of the English language. About three decades ago, he had coined the country’s elite class as ‘burgers’, due to their penchant for fast food. The word has, since then, become a basic part of common Urdu slang.

“My jokes are for the common man who is faced with daily tensions,” he had once said to me. “I have never aimed to please ‘burgers’.”

When I met Umer for an interview nearly 11 years ago, I had had difficulty understanding the way to his office, located in Karachi’s busy Gulistan-e-Johar area. He had quipped to me that since I was a woman, he was going to chalk the route out to me according to the shopping areas that came on the way. In those days, before Google Maps swooped into our lives, the trick actually worked. I navigated past about five malls till I reached his workplace. I also didn’t take offence. This was a time when being politically correct was not an absolute necessity, when jokes could be taken for being mere witticisms rather than analyzed for the subliminal messages that they may be giving out.

This was the time when Umer Sharif reigned supreme. His comedy frequently teetered towards what would be considered inappropriate today – a bit of body shaming, wife jokes, gender-based observations, Pathan jokes, Sardar jokes, you name it. His massive audience thought that he was hilarious – nothing more. 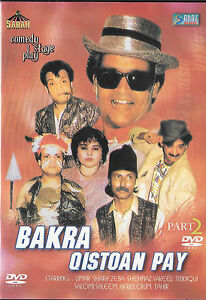 During that long ago interview, he had told me how he enjoyed performing live. “It gets me an immediate response from the audience,” he had said. “And if I feel that the audience doesn’t like a certain joke, I can quickly cover it up. There have been shows where I have been on stage for three hour stretches while other actors have passed me by. I also never stick entirely to the dialogues in the script. I am always improvising.” His career started off accidentally – simply because it was just meant to be.

“During my school days, my neighbor was an old man with many children,” Umer had recounted. “I decided to play a prank on him by dressing up as a djinn. I was so convincing that one of his daughters, who was in college, fainted and had to be hospitalized.”

Word of this very convincing performance reached the girl’s college and Umer was asked to enact a djinn the college play. “That was my first time on stage,” he had said. After that, there was no looking back.

He had gone on to recall his first ever professional stage play, a production titled Chiragh Talay Andhera. “The director and the rest of the cast and crew were exasperated with me because every time I came on stage, I would improvise with the dialogues. The audience would be laughing but my co-workers were not happy. I kept doing this in the next few plays that I acted in and soon, people stopped wanting to work with me,” he said.

Later on, of course, his glib, street-smart comic timing became the key to his success.

There were many more comic instances that Umer had recalled at the time. He was not entirely well – battling diabetes and having undergone a heart bypass surgery – but he was hosting ‘The Shareef Show’ on GEO TV where he grilled a slew of celebrities and political personalities.

When interviewing politician Mustafa Khar, infamous for his many marriages, a straight-faced Umar had asked him the age of his youngest child. Sheikh Rasheed had been questioned about his time in jail. A very young Sharmila Faruqi was asked about her love life to which she had retaliated by questioning him about his two marriages.

Don’t his guests get offended, I had asked. “They know what to expect when they come to my show,” he had replied. “My questions may be brazen but I am never disrespectful.”

It’s true that Umer Sharif never did get deterred from making quips here and there, regardless of who he was addressing. In one Indian show that he had hosted, he had made actor Aamir Khan sing his then famous song ‘Aati ka Khandala’, singing the female part of the song in a high falsetto.

“My jokes are for the common man who is faced with daily tensions. I have never aimed to please ‘burgers’.”

“I feel sorry for many of today’s comedians,” he had said, referring to the comic acts in Pakistan and India that blatantly plagiarized his jokes. “They have the opportunity to take on the spotlight when they participate in comedy shows that are aired out on TV. Instead of making their mark, all that many of them manage to do is copy me.”

The serious side to Umer Sharif 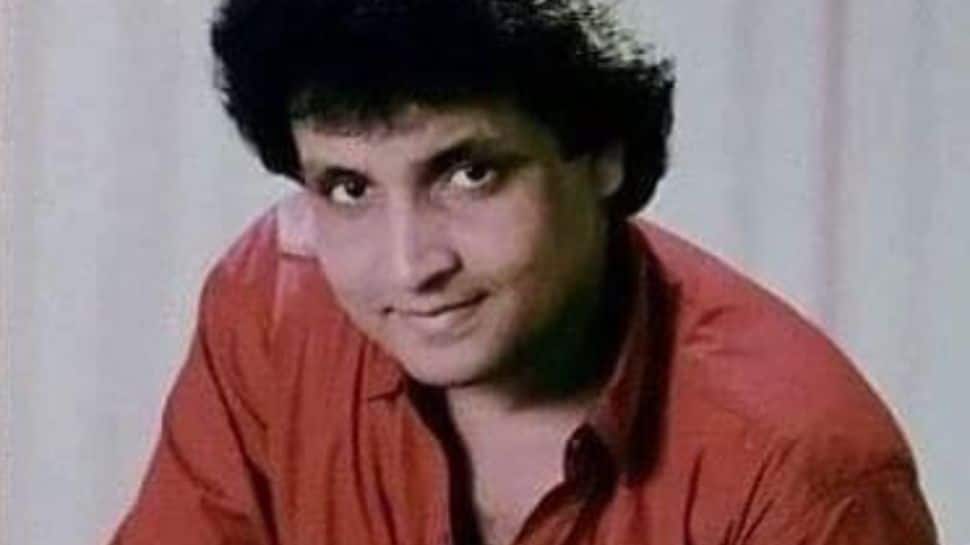 Beyond the quips and reminiscences, Umer had made references to religion while we talked. He had told me that he had written a book that was centered around verses from Quran and the appreciation of Allah’s blessings.

Following our interview, he had invited me to attend a show organized by the Omer Sharif Welfare Trust to raise funds for the Maa Hospital that he was constructing.

“I have won awards and am blessed with the love of so many fans,” he had said. “Now, it is my dream to make this charitable hospital operational. I also now want to make it to the Guinness Book of World Records.”

Umar Shareef never did make it to the Guinness Book of World Records. But does it even matter? He is undoubtedly loved by so many. He has touched so many lives, with his humor and also with his charitable efforts. Today, social media is rife with memories of him. Fans are uploading comic clips and recounting jokes. Celebrities are recalling their time with him. This article, similarly, recounts my age-old interaction with the comedian.

His departure marks the end of an era that was replete with laughter. Millions around the world – his all-out fans as well as those who only laughed with him in secret – are mourning Umer Sharif’s loss.  They are also, simultaneously, mourning for times long gone, when families would spend hours glued to a video playing on a VCR, laughing heartily with the homespun, bawdy but intrinsically Pakistani wit that was classic Umer Sharif.

The jokes and the inimitable banter, of course, will live on forever.