When Dil-e-Momin started airing on GEO Entertainment, actor Faysal Quraishi was asked why he had signed on to the script. The drama, produced by 7th Sky Entertainment, narrates the story of Momin, a titular character committed to living a pious life and suffering because of the people around him. Momin sticks to his morals despite the wiles of a woman obsessed with him and some very painful family politics. He seems to be the very definition of a stereotypical drama hero – but Faysal, of late, had been proving his mettle with roles that sought to be different.

In 2020’s Muqaddar he was the feudal Sardar who abducts a younger girl and forces her into marriage. In Fitoor last year, he plays a man struggling with the baggage of a failed past relationship. The actor has a well-honed talent for enacting nuanced, complicated characters. Why had he opted to play the straitlaced, predictable Momin?

Faysal Quraishi elaborates, “A lot of people asked me this but there are arcs in Momin’s character that get revealed as the story progresses. Those shades attracted me to the role.”

The flaws in Momin’s persona got revealed slightly in the drama’s most recent episode. He broke down into tears, confessing to feeling arrogant about his piety. It was one of the drama’s strongest scenes – and a very fine performance by the actor. “See? He isn’t turning out to be as straightforward as he appears to be in the initial part of the drama,” points out Faysal. “Momin had become so obsessed with being pious that he had stopped questioning himself. There are a lot of people like that, all around us, who think that they are so good that they become pompous about it. That’s something that’s against religion – and religion has always been pivotal to Momin’s life.”

So, these grey shades that are eventually revealing themselves are what prompted the actor to sign the script? “Yes, but in reality everyone around us is grey. Some people are good with some people and bad to others. There are layers to be explored within every character.”

Dil-e-Momin, currently hauling in high ratings, is the latest in the long line of hits that the actor has to his credit. And yet, awards have often evaded him. Last year, for instance, he was nominated in the Best Actor category for his performance in Muqaddar but did not win. 30 years into his career, with masses of fans and a slew of hits, does not winning an award still hurt?

Faysal muses over this. “On a corporate level, it does. Winning an award can sometimes lead to more collaborations with brands and more offers for advertisements. Otherwise, though, we are fortunately living in the age of social media. Audiences respond to a performance if they like it. They criticize and compliment without any bias. An actor knows when his or her work is being appreciated.” 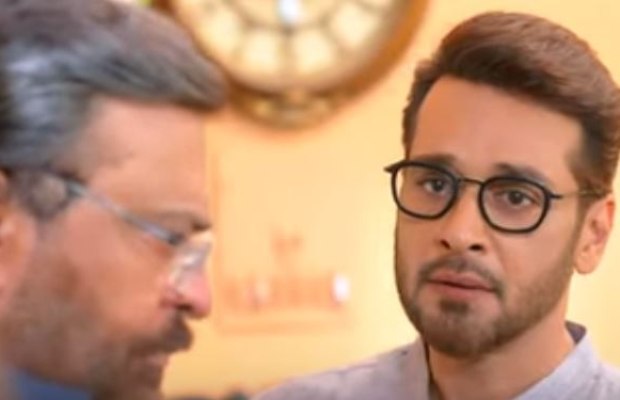 What will happen in Dil-e-Momin, now that Momin has gotten shaken up? “Some lines will be crossed,” he replies, “they will be good for the character but perhaps people watching the drama will feel bad.”

That’s a very obtuse reply. “That’s how it should be,” Faysal laughs. “You need to watch the drama in order to find out what happens next.”

People are certainly watching the drama. Momin, it seems, is in for a tough time – and the plot is going to thicken!

Better things you can do than celebrate Valentine’s Day