If you’ve been mulling over the pros and cons of Irtiza vs. Ismail, it means that you’ve been tuning into ‘Raaz-e-Ulfat’, Abdullah Kadwani and Asad Qureshi’s  7th Sky Entertainment’s top-rated drama which is currently airing on Geo Enertainment. The drama is all set to wrap up with its last episode this Tuesday, December 22nd.

Ismail and Irtiza are, obviously, the two leading characters, played by Gohar Rasheed and Shehzad Sheikh respectively. Deciding between them in the final episode will be leading lady, Mushk, enacted by Yumna Zaidi. Irtiza is Mushk’s first love who left her at the altar due to a scheme maliciously planned out by the villains, who have by now, suffered for their misdoings. Ismail is the bespectacled, kindly widower who swooped in to save Mushk and her family from humiliation by agreeing to marry her. He has, since then, supported her and fallen in love with her. Mushk, though, has had difficulty forgetting her first love.

And now, having realized the error of his ways, Irtiza is back in her life, asking for forgiveness. Mushk has to decide. It’s all pretty emotional and frustrating and the viewership ratings have been skyrocketing. Audience comments on Twitter and Facebook have been particularly entertaining. 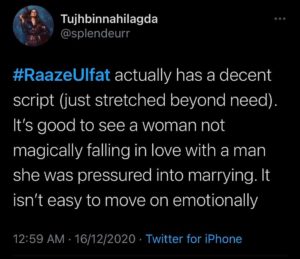 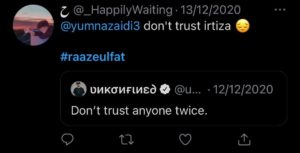 Needless to say, a lot of people will be tuning into TV this Tuesday to watch how the love triangle finally resolves. Here are some interesting observations:

Irtiza was the perfect romantic hero in the initial parts of the drama, stealing Mushk away from her strict household, celebrating her birthday with a romantic dinner on the beach, making lovestruck declarations, bearing with her father’s admonitions and convincing his parents to come to Mushk’s home and getting the two of them engaged. Mushk and Irtiza, during happier times

But as in the case of most love stories – and particularly those in angst-ridden TV dramas – our hero’s love doesn’t stand the test of time when Mushk’s evil friend creates a twisted misunderstanding. He refuses to listen to her professions of innocence. He cries, mopes, throws things about in his room, runs in agitation on the beach but does not turn up at her home with his family where she is dressed in bridal-wear and waiting for him.

Finally realizing the error of his ways in the last few episodes, as he was bound to do, he is now asking for her forgiveness and telling her that he wants to get back with her. Throughout the drama, he has repeatedly praised Mushk’s ‘purity’ and even while apologizing to her, he comments that she appears to be ‘pure’ to him, untouched by her husband. His mother, also, says at one point that as a child, he wouldn’t want to eat a fruit that was damaged. How, then, could her only son be expected to get betrothed to a girl with a damaged, smeared reputation?

The die-hard romantic would want the girl to get back with her first love, the one true love of her life. But romance can be overrated. Do we really want our girl to get back with a boy who disregarded her family’s humiliation, was wallowing in his own pain to the extent that he forgot about her emotions and has a twisted, 20th century obsession for purity?

Not really the kind of hero that I’d want to root for in the 21st century.

Is Ismail too good to be true? (Also, was does Gohar Rasheed always have to be the holier than thou hero?)

Ismail, Mushk’s savior and long-suffering husband, is unfathomably good. He’s a young widower who lost his wife to cancer and was left alone to shoulder the responsibility of two children and a mentally disabled sister. To add to his sorrows, he is now married to a girl who, from the very onset, has told him that she doesn’t love him. At one point, she refers to herself as a prisoner in jail. In the last few episodes, he knows that she has been going to meet her ex-boyfriend and he is dreading that she may walk out on him at any point. 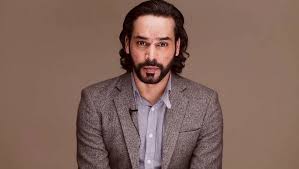 Why you cry all the time, Gohar Rasheed?

And yet, smiling tearily, he has told Mushk that he loves her. Mushk’s sister, in one scene, praises Ismail by saying that even when someone does something bad to him, he doesn’t blame the person and instead, blames his own misfortune. Quite obviously, this guy’s a stickler for punishment. Somewhere, deep down, I do feel that he has become accustomed to wallowing in misery which is possibly why he has gone off and fallen in love with a girl who openly declares that she doesn’t care for him.

In another scene, Mushk tells Ismail that he is an angel. That, he certainly is. Which is why I do think that he is going to be the one ending up with Mushk eventually. Good for him. Maybe he’ll stop being such a sadist. 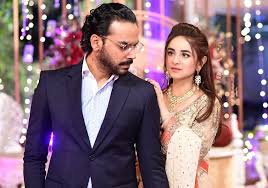 On a side-note, Gohar Rasheed is an exceptional actor and he plays Ismail very well. However, I am seeing him playing the self-sacrificing do-gooder far too frequently. Why does Gohar always have to be weeping away until he gets his happy ending? I’d like to see him in more diverse roles.

Our girl’s a brat!

The storyline indicates that it is Mushk’s purity of heart that has been misused by the world. Her friend deceives her and smears her reputation. The boy she wants to marry decides not to trust her. She endures immense emotional pain.

And yet, on the flipside, Mushk constantly lies to her parents and goes behind their back. At one point, she belligerently tells her mother that she is now committed to Irtiza and not to her parents. She secretly goes off parties and when her relationship gets caught out, she cries but the next morning, she tells her mother that she hasn’t done anything wrong. Some discomfort at this point would have at least mollified her angry parents. Even the boy that she falls in love with ends up pushing her family towards public humiliation by not turning up at their wedding ceremony, where the guests have already gathered. Mushk, basically, is every parents’ nightmare.

By some good fortune, she manages to escape the emotional Irtiza and ties the knot to Ismail, who loves her despite the fact that her occasional spurts of impertinence continue. Yes, she is kind to his children and manages to connect with his disabled sister. She often tells Ismail that she is appreciative of his kindness. And yet, at the onset of this very last episode, she is contemplating leaving a home where she is cherished and returning to her former relationship. At least the actors chortled away when the camera wasn’t rolling!

Does Mushk even deserve a happily ever after? I hope that she does get one – I hate dramas with sad endings. And notwithstanding her many flaws, somehow I am rooting for this heroine. I think this, particularly, has a lot to do with the fine storytelling that is the drama’s true strength. There are also, of course, the exceptional cast: Yumna Zaidi, Gohar Rasheed, Shahzad Sheikh and Hina Bayat act so well.

Well-directed and well-acted, it’s a love story that’s frustrating to the hilt – but you do end up watching it to the end. And you do end up debating over Ismail vs Irtiza.